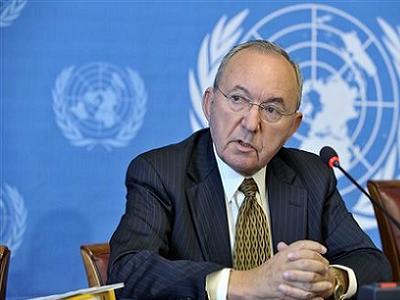 I’ve been in Amman, Jordan for less than a day — and the swirl of conflicting emotions here from nearly anyone I have spoken to about the United States is important to note. Most think Barack Obama is an “honest, fair man” and deserves the Nobel, which surprised me — but then the same people express huge doubts in what is unfolding with Israel and Palestine.
I have been repeatedly told that in the eyes of the Arab world, “Netanyahu won. Obama lost. Abbas lost.”
They say that for a while Israel was showing a softer side, rolling back inspection points and harassing Palestinian workers and commuters to a lesser degree — but things have reversed now.
One person told me that there are now checkpoints around Nablus — and there hadn’t been in a really long time. “These Nablus check points are brand new — and no one is saying anything about them.”
And in Jordan, people at all levels are intensely focused on the White House’s growing distance from and opposition to the UN investigation into war crimes violations in the Israel-Gaza war and the so-called Goldstone Report.
Some have told me that the US talks a good game about international law and human rights, but when a report emerges chaired by one of the world’s most respected, leading human rights and war crimes jurists, America goes the realpolitik course and embraces Israel no matter its behavior.
What I see is that while Barack Obama himself has often presented a vision of the Middle East with Israel and Arab states both in stable relationships with each other and with the United States, just about everyone else — including many on his own national security team — continue to push a false choice that favors America’s interests with Israel over Arab states.
This choice is a bad one for the U.S. — and Obama needs to realize that his team is failing to demonstrate that it has the ability to define reasonable lines for Israel with which the Arab world can then converge.
— Steve Clemons