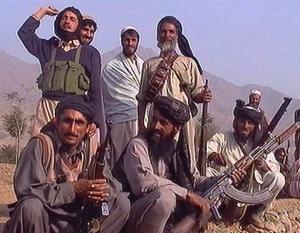 Newly elected Pakistan President Asif Ali Zardari is his government’s latest political tycoon. He spent many years imprisoned and harassed by former President Pervez Musharraf. His wife, former Pakistan Prime Minister Benazir Bhutto, was assassinated. And now he is at the very top of Pakistan’s political mountain — but the peak he is on sits on top of small, constantly shifting, unstable rocks.
My colleague Anatol Lieven logs in this morning from Peshawar with an important call to the international community to help Zardari “deliver” on the economic front to his people.
Zardari is already weakened inside Pakistan because of the view that he is a puppet of American interests. The only thing worse than being too connected to America is being connected with none of the benefits to show for it. The domestic challenges faced by Zardari are further explicated by this front cover article in today’s New York Times Magazine which outlines how constrained Pakistan’s political, military, and intelligence forces have been in rolling back a resurgent Taliban.
In my view, Pakistan and its immediate surroundings are the most dangerous place in the world. The major stewards of the global order — who I think are now the US, Europe and China — need to help stabilize Pakistan’s turbulent economic morass so that the state can stabilize and begin to deal with some of the serious problems facing it not only in the tribal regions but throughout the country.
In the days of John Foster Dulles, the U.S. embraced states economically so to keep them from falling into orbits or orientations antithetical to American interests. Japan was a classic case in which the strategic decision was made to embed Japan deeply into the currents of the American economy to prevent the re-emergence of a China-focused Japan.
Lieven and others including myself think that the US, Europe and even China must make a similar kind of strategic decision and embrace Pakistan and help it succeed economically.
This is a hard sell when America’s own economic circumstances are so strained — but the convulsions that will follow inside and around Pakistan if Zardari fails in the near term could be genuinely devastating for US and the world’s interests.
As Lieven points out, McCain and Biden have both made similar statements about the need to stabilize Pakistan. Obama and McCain should meet now and encourage the incumbent President and Congress to move on expanded stabilization packages for Pakistan.
That would show leadership on both sides of the American political aisle and make their mutual call for interest-driven bipartisanship more meaningful.
— Steve Clemons