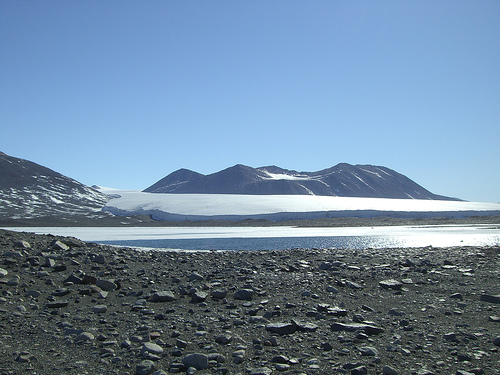 (photo credit: Andrew and Diane of Nemablog)
I had never heard of a polar desert before — but the pic above is of one. I was enticed to learn a bit more after receiving an invitation from the Embassy of France to a meeting co-hosted by the National Science Foundation, and the Embassies of Italy and France titled “Polar Deserts and their Secrets.” The meeting is on March 18th at 6 pm at “La Maison Francaise” at the Embassy of France in Washington DC. RSVP to deputy-cnrs@ambafrance-us.org if you want to go.
On other fronts, after ten years of bliss in Dupont Circle, the offices of the New America Foundation, where I work, are moving closer to the White House and to “K Street” and will be located at 1899 L Street, NW, 4th Floor. This is primarily a note for those who attend meetings that I help organize.
And tomorrow, at 3 pm at the City Club of Washington, I will be moderating a session on the future of the Middle East peace process. Given Hillary Clinton’s trip there this week, the discussion should be timely and will feature Amjad Atallah of the New America Foundation, MJ Rosenberg of the Israel Policy Forum, Farah Stockman of the Boston Globe, and Abderrahim Foukara of Al Jazeera.
RSVP here if you’d like to attend — though I hear that the room may be at maximum. But hey, it’s not my event. I’m just hired help — so attend if you like.
— Steve Clemons

9 comments on “A Miscellenous Sunday”