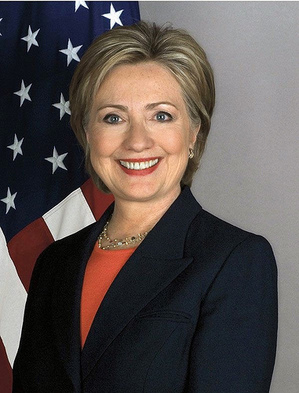 Marc Ambinder over at the Atlantic interprets Hillary Clinton’s speech yesterday at the Council on Foreign Relations as an indication that President Obama has placed her firmly in charge of American foreign policy – and that Richard Holbrooke, George Mitchell, and Dennis Ross are subordinate to her.
I agree that the atmospherics of yesterday’s speech suggest that this is the case, but I wonder what kind of impact Secretary Clinton will really be able to have.
Clinton’s announcement last week that she will implement the State Department’s first-ever Quadrennial Diplomacy and Development Review is the clearest indication yet of how she intends to leave her mark. The QDDR – modeled after the Defense Department’s Quadrennial Defense Review – is meant to be a comprehensive, bottom-up strategic review of State Department and USAID activities.
But the QDDR’s practical effect will be narrow if it merely reshuffles the State Department’s $16.3 billion budget (compared to the Pentagon’s $515 billion budget and the U.S. GDP of more than $14,000 billion.)
As Spencer Ackerman points out, the QDDR is part of a larger effort on the part of the administration to shift resources from the Pentagon to civilian agencies.
But even if Clinton can win substantially more resources for the the State Department, her ability to shape America’s foreign policy will depend on whether her ideas are integrated into the White House’s and the Pentagon’s broad strategic frameworks. If they are not, then her impact will be limited to the implementation – and not the conception – of America’s strategic objectives.
Update: For more on Secretary Clinton’s efforts to influence the Obama team, check out this article in today’s New York Times. Thanks to Katherine Tiedemann for sending.
— Ben Katcher

Guest Post by Patrick Doherty: Blowing Away The Embargo
Does Team Obama Believe in Manufacturing?

13 comments on “Is Hillary in Charge of American Foreign Policy?”