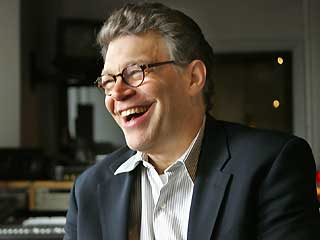 Norm Coleman loses a key decision in the tug of war over ballots in the still undecided Minnesota U.S. Senate race.
Congratulations Al.
A final report of election results from the Minnesota State Canvassing Board still probably won’t come in til the new year, but it’s hard to see how Franken’s slim but real lead can be overcome now.
— Steve Clemons

5 comments on “Wow? Al Franken is Going to Win”