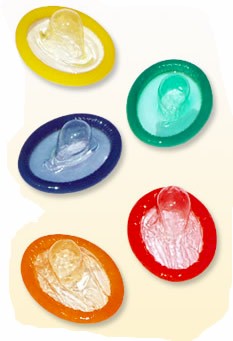 I’m not a protectionist type — but I do believe in smart industrial policy, national commitments to infrastructure, and the promotion of the American jobs base when tax dollars are involved – particularly during the greatest financial meltdown in generations.
And yet, U.S. AID funds — American taxpayer funds — that have purchased condoms under a long term contract from a US firm for distribution in Africa are now going to go to a Chinese manufacturer of condoms.
An estimated 300 American jobs may be lost by this offshoring of American government condom purchases.
Does it make any sense at all that during a time when American taxpayers are giving policymakers trust in spending trillions of dollars to kickstart the economy and to “create jobs” that a branch of that same said government is doing something now that is undermining the American jobs base?
I think not. This just isn’t smart policy — sort of like the AIG bonus kerfuffle.
I realize that there are efficiencies in going to China to produce stuff — and more condoms may mean more resources to send to those who need them in Africa, though many of these condoms are sold at nominal fees to help instill a market based appreciation for their importance.
But this is just the wrong time to be moving any productive capacity abroad, particularly when American taxpayer dollars are being used to finance the offshoring.
Leo Hindery, who served as a Member of the US Government’s Commission on Helping to Enhance the Livelihood of People Around the Globe (HELP Commission) and is one of the Democratic Party’s few CEOs who think in “stakeholder terms” about labor and business management, will have a piece out in The Nation this week focusing on the “jobs creation deficit” we have today. Hindery not only considers official unemployment but also the unofficial employed and partial employed work base — and makes a compelling case that we don’t need the several million jobs that Obama’s team is hoping to create — we need a plan to generate more than 20 million jobs.
Well, if this move of condom jobs to China goes through, add 300 more to the Obama jobs creation deficit.
— Steve Clemons

STREAMING LIVE: Juan Cole on Making Engagement with the Muslim World a National Priority
Mexico: So Close and Yet So Far