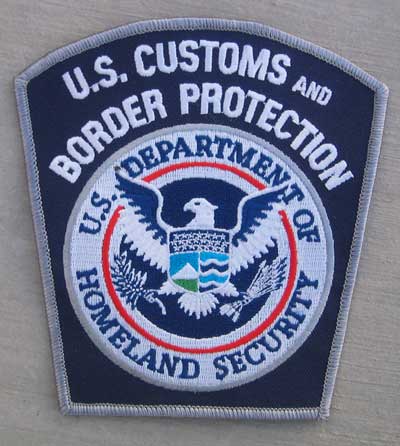 I will be arriving in Berlin on Monday, the 11th of May — and I am appealing to German border authorities to detain me for an hour or so — to make amends for the treatment that a German political leader (and probably many other unnamed victims of passport screening) received at Dulles Airport.
I think that any American should feel embarrassed by the treatment important guests of the United States received this past week at the hands of US Customs and Border Protection officials at Dulles International Airport.
And frankly, when important political leaders from nations allied with the United States are treated poorly when entering the country, one knows that there must be a much longer line of others who can’t garner headlines about their cases that are detained in similar or worse ways.
Former German State Minister for Police Cem Oezdemir, who was the first ever Turkish-German Member of the German Bundestag and then became a Member of the European Parliament and is today the Co-Chair of the German Green Party, was detained by officials at Dulles Airport earlier this week and given no reason.
I met Oezdemir and his wife, radio personality Pia Castro, shortly after their detainment and heard that what frustrated him most about the incident was the unwillingness of the officials to tell him anything about what was going on. A border control official just told him in a loud, aggressively confrontational voice to sit, to be quiet and wait to be called. The problem was that the officials didn’t have his passport or name. 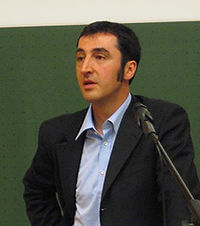 Oezdemir, who had an official of the German Embassy in Washington, DC there to help expedite him through customs, had to go up to the intimidating official and say to him that there was no way Oezdemir would be called from a roster as no one had taken his name or passport yet. So, Oezdemir handed it to them.
The process was, according to Oezdemir and his wife who both frequently visit the US, dehumanizing, excessively rude, and characterized by total lack of information being provided to those who are detained.
Being detained without instruction or comments from the authorities creates fear, tension and uncertainty for those stopped in this way — and one can only imagine how people who barely speak English react to such treatment. Oezdemir and his wife are fully fluent in English and still the border authorities made little effort to communicate — and were rude at the end of the process when whatever concerns about him were obviously cleared.
This kind of treatment of people — anyone, important politically or not — undermines the American brand.
According to some reports, it is believed that Oezdemir was stopped by the official because his name “did not sound German.”
If that kind of profiling is going on, then the US Customs and Border Protection operation should be investigated and challenged by the US Congress, the media and the American public. It is simply outrageous that individuals would be stopped because of their name or what they ate on a plane.
These stories percolate back and undermine confidence abroad in the U.S. itself. The treatment of Oezdemir and his wife — who know this country well and know its strengths and warts — has already been broadcast all over the German and the Turkish media.
I recognize that some people on occasion will be detained and will feel like they are being manhandled by a process they don’t understand at America’s borders — but the rudeness of the treatment, the lack of human tact, the lack of information provided to those detained is out of line and needs to be remedied.
I know that the US Customs and Border Protection public affairs office will read this note. Apologizing to Oezdemir and his wife is not a remedy.
What is a remedy is a statement that the Department of Homeland Security must unfortunately detain — for a variety of reasons — people who enter the US about whom red flags are raised. However, you should state that US Customs and Border Protection directors will review policies regarding communication with detainees and the “posture” overall of officers through the process. Those who are cleared should be treated as “innocents” and respected — and told that America regrets this process but that any officers involved hope to convey as much respect, reasonableness, and humanity as possible in processing through any concerns about specific visitors.
And then — get your people at Dulles more cultural training.
I wonder if our former US Ambassador to the United Nations Zalmay Khalilzad, the highest ranking Muslim in the Bush administration, ever gets the Oezdemir treatment at our borders now that he doesn’t have his official passport.
Fix this problem — seriously.
You are harming the nation, and there is no reason at all that can explain the poor behavior of officials when people are detained. I’ve seen it personally — and heard too many stories like this one for there not to be a broader review.
— Steve Clemons