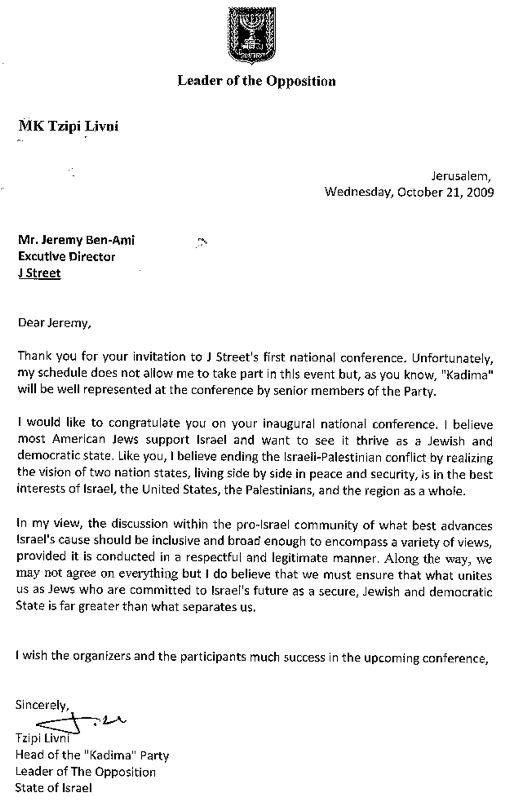 The more I listen to Congressional Opposition chief John Boehner as of late, the more I wish he could find the dignity and common ground for big objectives that Israel’s Opposition Party Leader, Kadima Party chief Tzipi Livni, has just demonstrated in a knock-the-ball-out-of-the-park letter to the executive director of the self-described pro-Israel, pro-peace group, J Street
Monopolies don’t like competition — and there is a concerted effort underway now by a giant political monopoly in the ‘friends of Israel arena’ to squelch alternative voices and players. This isn’t good for the current incumbent, nor for the new entrant to the marketplace, nor for American or Israeli interests either.
In a surprisingly stumbly showing, the charismatic Israel Ambassador to the United States Michael Oren has decided to let an underling rather than himself catch the goings on of the J Street conference that is drawing more than 1,500 attendees and whose headliners include both Obama National Security Adviser and 4-star General Jim Jones as well as former Vietnam War veteran and US Senator Chuck Hagel who is said to be President Obama’s next chair of the President’s Federal Intelligence Advisory Board, a post held by Brent Scowcroft during the first term of the George W. Bush administration.
Ambassador Oren is reportedly a great guy — but great people tend to rise to represent issues and people above silly rifts and divides. If Jim Jones and Chuck Hagel can support this new American outfit’s work, Oren should think hard about putting down too solid a line he won’t cross. . . 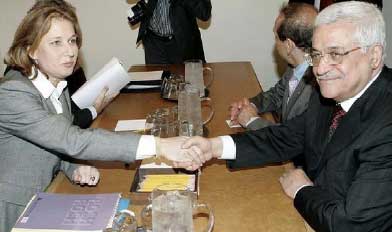 PARTICULARLY BECAUSE TZIPI LIVNI has sent in a remarkable letter of affirmation to J Street, recognizing potential differences but affiriming a shared strategic vision for the best interests of Israel.
The text of the letter posted above reads:

Leader of the Opposition
MK Tzipi Livni
Jerusalem — Wednesday, October 21, 2009
Mr. Jeremy Ben-Ami, Executive Director, J Street
Dear Jeremy,
Thank you for your invitation to J Street’s first national conference. Unfortunately, my schedule does not allow me to take part in this event but, as you know, “Kadima” will be well represented at the conference by senior members of the Party.
I would like to congratulate you on your inaugural national conference. I believe most American Jews support Israel and want to see it thrive as a Jewish and democratic state. Like you, I believe ending the Israeli-Palestinian conflict by realizing the vision of two nation state living side by side in peace and security is in the best interests of Israel, the United States, the Palestinians and the region as a whole.
In my view, the discussion which the pro-Israel community of what best advances Israel’s cause should be inclusive and broad enough to encompass a variety of views, provided it is conducted in a respectful and legitimate manner. Along the way, we may not agree on everything but I do believe that we must ensure that what unites us as Jews who are committed to Israel’s future as a secure, Jewish, and democratic State is far greater than what separates us.
I wish the organizers and the participants much success in the upcoming conference.
Sincerely,
Tzipi Livni
Head of the “Kadima” Party
Leader of The Opposition
State of Israel

Standing ovation to Tzipi Livni for this thoughtful and politically meaningful expression of support for J Street’s work.
What really moves me about this note is that the tone and posture of this letter is characteristic of someone who really can and should lead a nation. It’s someone who can see beyond factions to what the aspirations of the whole nation need to be.
I hope Ambassador Oren finds other ways to find his way back to being an Ambassador for not just one wing of Israel but for all of the legitimate dimensions of Israel. I have strong confidence that he will — and I think Tzipi Livni has shown him the way to do it.
— Steve Clemons