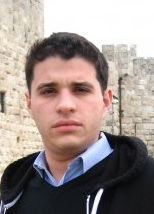 My New America Foundation colleague Daniel Mandel spends the wee hours of the morning every work day assembling an often amazing, comprehensive roster of some of the best articles on the American economy.
I have his permission to forward this daily email to those who would like to have it. I will assemble a listserv and blind copy to those interested in it.
If you would like to receive this daily email, send me a private note at “steve@thewashingtonnote.com” or “clemons@newamerica.net” and just say Subcribe/Econ List. I will then send it out to those who are interested after he sends to me.
Here was Daniel Mandel’s email today of the “Top Thinkers on the Global Economy”:

30 January 2009
GDP Declines 3.8% in Q4
Calculated Risk, 30 January 2009
A proposal to prevent wholesale financial failure
Lasse Pedersen and Nouriel Roubini, Financial Times, 29 January 2009
Bank regulation, such as the Basel accord, ignores systemic risk since it analyses the risk of each bank in isolation, write Lasse Pedersen and Nouriel Roubini.
Deflation is the wrong enemy
Samuel Brittan, Financial Times, 29 January 2009
A sustained period of falling prices has sometimes been associated with falling output, but not always, writes Samuel Brittan.
Why this hysteria about sterling is misplaced
George Magnus, Financial Times, 29 January 2009
Sterling may decline further, mercifully. But it is hysterical to imagine that a debt default and currency crisis are likely, writes George Magnus.
Health Care Now
Paul Krugman, New York Times, 30 January 2009
Why has the Obama administration been silent about one of the key promises during the campaign — the promise of guaranteed health care for all Americans?
Cleaner and Faster
David Brooks, New York Times, 30 January 2009
The Democrats have created a stimulus package that is a sprawling, undisciplined smorgasbord. By trying to do everything all it once, the bill does nothing well.
Social Security on the First Date
Ramesh Ponnuru, New York Times, 30 January 2009
Real cooperation between Democrats and Republicans on Social Security could pave the way for bipartisan bliss.
Time to put middle class front and center
Joe Biden, USA Today, 30 January 2009
For years, we had a White House that failed to put the middle class front and center in its economic policies. President Obama has made it clear that is going to change. And it’s why he has asked me to lead a task force on the middle class.
The GOP’s Unanimous Vote on the Stimulus Bill
Eugene Robinson, Washington Post, 30 January 2009
Republicans should beware the fate of those who fail to recognize a new political era.
Democratic Stealth Care
Kimberley A. Strassel, Wall Street Journal, 30 January 2009
With the nation preoccupied by the financial crisis, Democrats have been quietly qorking nationalize health care.
Sovereign Debt Risk Looms Large This Year
Ulrich Volz, Wall Street Journal, 30 January 2009
The U.S. shouldn’t consume all the available lending.
‘Think Long’ to Solve the Crisis
George P. Shultz, Wall Street Journal, 30 January 2009
It’s the only way to sustain lasting benefits from the stimulus.
Loan Modification Can Stop the Foreclosure Crisis
John Conyers Jr., Wall Street Journal, 30 January 2009
Change bankruptcy law to keep people in their homes.
A free pass for the indispensable man
Jonah Goldberg, Chicago Tribune, 29 January 2009
Obama and pretty much the entire Democratic Party insist that they speak for the little guy. But it appears they fight for the big guys.
Old ways cloud the dawn of a new bipartisan era
Editorial, USA Today, 30 January 2009
House stimulus vote shows parties aren’t serious about collaboration.
Opposing view: GOP has a better plan
John Boehner, USA Today, 30 January 2009
Democrats’ bill, crafted without us, is unworthy of bipartisan support.
Opposing view: History repeats itself
Steny Hoyer, USA Today, 30 January 2009
Once again, Republicans choose confrontation over cooperation.
Just how much is $350 billion?
Brad Setser: Follow the Money, 30 January 2009
Any Lessons for the Stimulus from World War II?
Brad DeLong, 29 January 2009
Paul Krugman pounds his head against the wall.
Fed Watch: More Will they or Won’t They or When Will They
Mark Thoma: Economist’s View, 30 January 2009
Blanchard roundtable
Free Exchange, 30 January 2009
Noted economists reply to this week’s Economics Focus column by Olivier Blanchard, the IMF’s chief economist.

Let me know by email if you would like to receive this resource on a daily basis.
— Steve Clemons

36 comments on “Top Thinkers on the Global Economy: Your Daily Briefing”