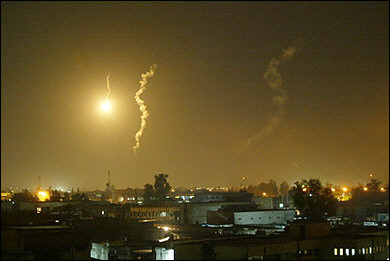 Turkey’s military strikes against the PKK in northern Iraq were a tactical and political success. Applying military pressure catalyzed Ankara’s decision to offer Iraqi Kurdistan political and economic rewards in exchange for cooperation against the PKK, a U.S.-listed terrorist organization that Turkey holds responsible for 30,000 deaths since 1984. As a result, Turkey and Iraqi Kurdistan are fast becoming indispensible strategic partners collaborating commercially, working together on energy development, and strengthening security cooperation.

But both Ankara and Erbil are engaged in delicate balancing acts. The Turkish government is trying to reap the economic benefits of a prosperous, energy-exporting Iraqi Kurdistan without providing the basis for Kurdish independence or threatening its friendly relations with Prime Minister Maliki’s government in Baghdad, which believes that it should govern the oil-rich province.
At the same time, the KRG wants to consolidate its control of northern Iraq without risking an armed confrontation with Maliki’s security forces.
For the past several years, the United States has persuaded the KRG to refrain from making any aggressive moves that would compel Baghdad to respond with force – but the U.S. is losing leverage as it withdraws its combat troops.
The KRG recently adopted a new constitution that officially lays claim to the oil-rich province, an indication that the KRG is prepared to assume a bolder posture. The new constitution has already raised fears among Kirkuk’s Arab and Turkmen populations and earned harsh rebukes from Baghdad.
How the Ankara-Erbil-Baghdad triangle evolves will be one of the developments to follow closely as U.S. combat troops withdraw from Iraqi cities this week.
For background on the relationship between Turkey and Iraqi Kurds, check out this excellent International Crisis Group report.
— Ben Katcher

30 comments on “Can the Fragile Equilibrium Among Ankara, Erbil and Baghdad Endure?”