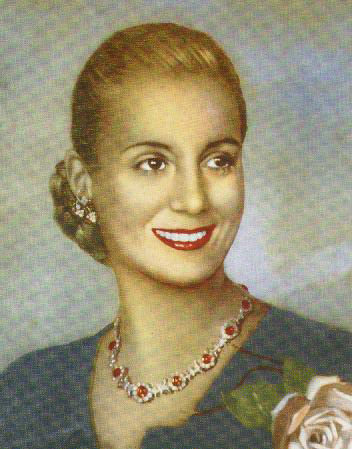 When I first saw how the Obama campaign team was taking the Joe Trippi-fashioned IT architecture of political outreach a few notches higher, I was really pleased. I saw that Obama was building a much larger political pie of constituents engaged in American politics and policy and that sensible progressives were going to own a larger chunk of it.
To some degree, what Joe Rospars — of course along with David Axelrod and David Plouffe — did is to do the internet based version of the 20th century social network machine that Ralph Reed built out in the form of the Christian Coalition.
I remember being quite impressed that in late 2007, one could already see Barack Obama’s web-based political muscles in action by looking at Facebook and many other social network sites oriented to different ethnic-American communities. On Facebook, Obama had then about 80,000 Facebookitizens linking to his “fan page” (compared to 6,271,125 today). Hillary Clinton had roughly 40,000 fans — but led him in all the polls. John Edwards had 20,000.
On the Republican side of the ledger, John McCain had about 20,000 fans; Mitt Romney was at 15,000; Huckabee at 10,000. Somewhat as a standout in the Republican field, Ron Paul had 22,000 fans — and later, Paul really built out his internet-based network.
The trends were clear way back then on Facebook.
And what this internet based outreach in a lot of different mediums has created is the reality that Barack Obama — and really the entire Democratic political machine — can now chase the $5.00 donor at a scale that is effective and nearly cost-free, whereas just a few years ago, chasing the $5.00 donor was practically impossible.
But what has come along with this new Obama-driven network is the constant spam of the $5.00 request — promising dinner with the Obamas, or a seat at a major speech by the President, or a grin-and-grip photo op with the President — if that person’s donation is selected among the millions of other donors to receive the reward of Barack Obama’s personal attention and smile.
This is the Evita approach to politics. The winners of the lottery will have fortune rain down upon them. Evita. Evita.
Today, I received the note from Senator Bob Menendez (D-NJ) promising Obama-time for a select few picked from those who kick in five bucks to the Democratic Senatorial Campaign Committee.
Evita. Evita. Evita.
Senator Menendez writes:

Dear Steve,
Meet President Obama! Contribute $5 today and be automatically entered to win! [Click here.]
This June, the DSCC is holding a dinner to celebrate the promise of Barack Obama’s new presidency and recommit ourselves to giving him an overwhelming Senate majority.
It’s going to be a one-of-a-kind event for Democrats everywhere. You’ve been a huge part of our success over the last two election cycles, and I want to make sure you’re a part of this historic night.
If you make a contribution to the DSCC today, you will be automatically entered into a contest that could win you and a guest a trip to Washington (airfare and hotel included) for our special dinner with President Obama. You’ll even get your photo taken with the President to commemorate what promises to be an extraordinary night.
Click here to make a contribution of $5 or more to the DSCC, and you will automatically be entered to win dinner and a photo with President Obama. For each additional contribution, you will get another chance to win.
When you make a contribution today, you’re not only earning a chance to win, you’re also helping the DSCC give President Obama everything he needs to pass his visionary agenda for change – an expanded Senate majority that can’t be blocked by Republican filibusters.
Senate Republicans have made it plain that they will force us to find 60 votes for each and every aspect of our agenda. They’ll do everything in their power to obstruct, delay, and deny the change we desperately need.
That’s why expanding our majority in 2010 is so critical. That’s why we urgently need your help to build the foundation for victory.
Click here to make a contribution right now, and you’ll be automatically entered to win. Dinner and a photo with President Obama is a memory that will last a lifetime.
Finally, I know it’s said a lot, but it’s the truth. We cannot succeed without you.
Thank you for all your support.
Sincerely,
Bob Menendez

I may be overstating things here because of my own bias against lotteries — which I have always felt in the state level education sham were more like extra taxes imposed on the poor to support institutions catering largely to the children of folks who didn’t buy lottery tickets.
But at some point, someone is going to say we’ve reached a point of diminishing returns on the asks for $5.00 — and need to do something different and less Evita-ish with this amazing new network of outreach and political mobilization that the Obama team has constructed.
— Steve Clemons

6 comments on “The New Evita? Obama’s Political Outreach by Lottery”