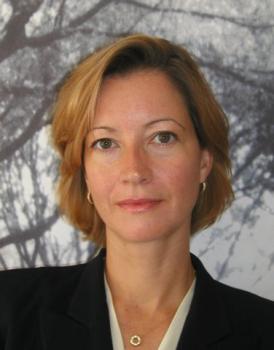 Starting today on the US Senate Foreign Relations Committee, a new staffer joined the team.
She is my former New America Foundation colleague Heidi Crebo-Rediker, a brilliant financial markets expert, who in recent years worked in Moscow and London and who has been concerned about the global rise of “state capitalism” in other parts of the world — and America’s seeming lack of concern about government-directed strategic financial moves that other states are making.
Crebo-Rediker will head the portfolio for economics, markets and finance on the Senate Foreign Relations Committee for Senator John Kerry — who told me he is greatly impressed by Crebo-Rediker’s work and approach to international finance.
America’s global economic position is very much on Senator Kerry’s mind — evidenced in part by the Washington Post‘s snippet that the Senate Foreign Relations Committee Chairman was in deep conversation about the economy with Ben Affleck at an Inaugural party.
This trend of Foreign Relations/National Security parts of the government “going economic” has been happening for a long time on an incremental basis.
During the Clinton administration for instance, Joshua Gotbaum served both as Assistant Secretary of Defense for Economic Security and as Assistant Secretary of the Treasury for Economic Policy. At that time, DoD was stretching into economic policy questions with the post that Gotbaum first held.
However, there seems to be more of a punctuation point around recent institutional moves like at the Senate Foreign Relations Committee — that America’s national security and foreign policy can no longer be neatly siloed away from its economic circumstances.
The Department of State is going through similar adjustments of its policy turf.
At the Senate confirmation hearing of Deputy Secretary of State for Policy James Steinberg, Senator Jeanne Shaheen asked Steinberg what role the State Department would play as compared to the Departments of Commerce and the Department of Treasury in dealing with America’s international economic policy position.
Steinberg responded:

It is critical that the State Department play a central role in this. (emphasis added)

James Steinberg went on to say that while there are obviously a lot of resources spread across the government that deal with economic policy, it was important to develop a more “integrated approach.” He said that we needed an integrated approach that included relationships with key countries and allies and dealt with the realities of integrated markets as well as the impact of this policy on other countries and on Americans.
Steinberg said that otherwise — without an integrated approach with the State Department playing a central role — the government would otherwise end up with a stovepiped approach, with different agencies pursuing different work.
Steinberg punctuated this graphically by suggesting:

The State Department will play an active role not only in the traditional NSC World — but also the NEC World.

For the uninitiated, the NSC is the National Security Council in the White House — and NEC is the National Economic Council.
Steinberg’s logic makes sense — and so does John Kerry’s decision to bring someone in with real world expertise in financial markets.
It is long overdue for the lines that demarcated geostrategic issues from geo-economic ones to be blurred and fudged up.
But still. . .expect some turf wars from Treasury, Commerce, and some in the National Economic Council who don’t yet fully sign on to Jim Steinberg’s sensible vision.
And it will be interesting to see if the Senate Finance Committee tries to either acquire Heidi Crebo-Rediker from John Kerry’s stable, or just ignores the expansion of economic staff capacity on the Foreign Relations Committee, or works collaboratively with it.
— Steve Clemons

9 comments on “The Economicization of US Foreign Policy: Getting Into National Economic Council Stuff”