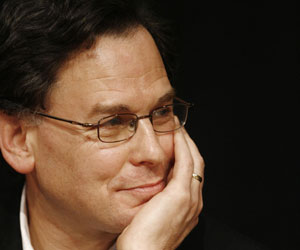 Recently, I hosted Grover Norquist speaking about the Republican party and conservative movement, and indirectly what he saw as the continued constraints on Democrats.
Today, Sidney Blumenthal — one of the most insiderish of insiders in HillaryLand — will speak about his new book The Strange Death of Republican America: Chronicles of a Collapsing Party at the New America Foundation from 12:15 pm – 1:45 pm EST. The meeting at New America is titled “Did America Shift Too Far to the Right?”

I will moderate and Michael Lind will offer comments. The meeting will STREAM LIVE over The Washington Note.
As I watched the Patrick Fitzgerald investigation of the White House personalities who outed the covert CIA agent Valerie Plame Wilson’s identity and observed Bush’s (now seemingly feigned) shock that this happened under his watch — I became interested in the question of how presidential advisers concoct presidential deniability for key decisions and for knowledge about controversial matters.
Sidney Blumenthal knows this kind of thing — both about the Republican political operation and perhaps even about his former boss, Bill Clinton. But the real interest I have is how he frames the troubles of the Republican Party today. Feel free to join us.
— Steve Clemons

13 comments on “STREAMING LIVE TODAY: Sidney Blumenthal on the Demise of the Republican Party”