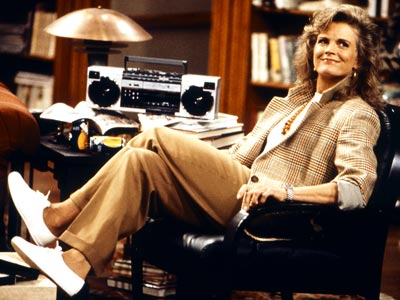 Politico‘s Ben Smith has posted a hot mic clip of Peggy Noonan and Mike Murphy trashing the McCain selection of Sarah Palin.
I’ve been having chats with quite a few hard core Republicans about this and that, including the Sarah Palin choice. In fact, I stood at a urinal next to Tom DeLay today at the St. Paul Hotel as we, well, you know. . .into a bunch of ice. He lamented how ice had sort of disappeared from most urinals and had become old-fashioned. We didn’t get to Palin.
But there is an excitement about Palin here in Minneapolis/St. Paul — but this sizzle is offset by a substantial amount of disappointment.
I told Salon DC Bureau Chief Walter Shapiro and Financial Times DC Bureau Chief Edward Luce a few moments ago that to some degree the Sarah Palin choice is a signal to Americans from McCain that the Dan Quayle-demonized “Murphy Brown” is now back — but she has become a social conservative.
— Steve Clemons