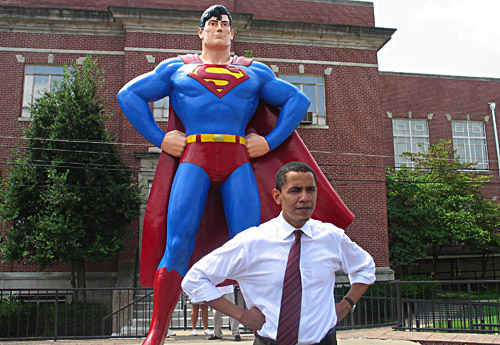 Move over Schwarzenegger. Barack Obama works out every day. EVERY DAY. (Damn him!)
I get the pool reports of his comings and goings. A sample of his daily routine going to the gym:

His work out discipline has just made me feel terrible about my episodic ventures to any of three Washington, DC gyms to which I belong and rarely go.
I have no idea which U.S. Presidents were in the best shape, but Obama has got to be right up on the very top of the list.
Here is a short roster of the time he has spent at the Regents Club at the Regents Park Luxury Apartments in Chicago — and this is just a small snapshot of a much longer trend:

Inspired and irritated by his example, I have started going to the gym every day too — and I can barely walk and move after the aggravation of muscles I forgot I had. . .
But I’m doing it — and I bet many other Americans are going to get the Obama gym bug too.
— Steve Clemons