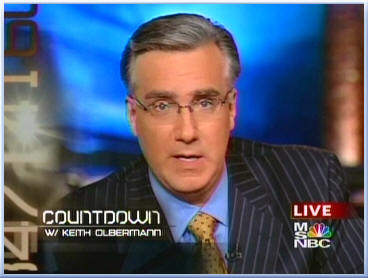 I am heading up to New York now to participate in the Clinton Global Initiative and to check up on the UN General Assembly drama.
Tonight, I will be appearing on Countdown with Keith Olbermann chatting about the implications of the leaked McChrystal report on Afghanistan and his call for a new strategy and significantly upgraded resources.
What McChrystal’s report doesn’t make clear and should is that we aren’t just fighting and ferreting out Arab jihadists tied to al Qaeda. We are getting deeply engaged — as America has done in other societies in its past — on one side of an uncomfortable civil war, and even with great resources and a “protection strategy” of those we are allied with, McChrystal doesn’t make a broader case for “roll back” of the enemy — at least in what I have seen.
The scale of resources needed to hug tightly a nation that doesn’t fully trust American intentions and capabilities is staggering — and may pull the nation into a set of obligations that truly do break the back of America’s national security machinery.
And of course, while the U.S. looks so bogged down and without momentum in Afghanistan — with desperate pleas coming from military leaders and just as passionate resistance from leading members of Congress like Senator Carl Levin and Representative Jane Harman — Iran simply won’t move.
Iran doesn’t need to shift as it remains unconvinced that America has the ability to achieve its objectives in the international system today.
That is why “not” getting bogged down in Afghanistan was so important — and why Obama should not have allowed himself to be dangerously misled by advisers. That is why outcomes on Israel/Palestine this week in New York need to be more than photo-ops that look like efforts to “put lipstick on a pig.” We need real outcomes that push the policy needle into positive territory.
America under Obama’s leadership has generated new opportunities with China and Russia, opened up some opportunities for ending the Cold War with Cuba, done some good work in stabilizing the international economy, and has set important horizons on climate change and nuclear non-proliferation — but there are many defining challenges still lurking that could still sink this administration and keep the nation’s power very constrained.
— Steve Clemons