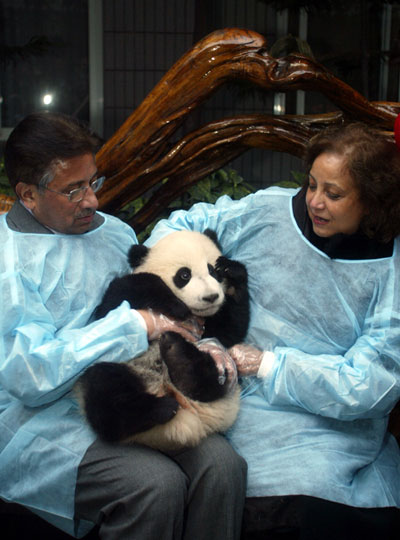 Pervez Musharraf’s move today — his resignation — is the right one for Pakistan. An impeachment process, now avoided, might have further shaken up and aggravated serious, nation-splitting tensions between factions in the military, legal community, and among the competing political parties.
However, Musharraf’s enemies now have a problem. They have no enemy to rally against inside the country (they seemingly don’t want to rally against al Qaeda inspired and Talibanized parts of the nation).
Musharraf’s rivals now need to be “for” something rather than just against him. Hopefully, the competing parties will continue to collaborate on taking on huge challenges facing the nation — but their record is not good.
Enemies, internal and external, make life for a Pakistani political order so much easier.
— Steve Clemons
P.S. — I am in San Francisco today doing some personal stuff. I won’t be on line much today.

McCain Puts Out Call for Interns
Latest on the Dem VP Race: Not Going to be Bayh, Daschle or Clark