This commentary is offered by Mylan CEO Heather Bresch

Africa or the US? Who’s doing a better job of suppressing HIV/AIDS?

In today’s polarized political climate, the term “bipartisan collaboration” may seem like an unachievable goal. But one global health program proves it can be done – and done well. Founded by the Bush administration in 2003, continued by President Obama, and supported by President Trump, the President’s Emergency Plan for AIDS Relief (PEPFAR) is a bipartisan success story that’s saving lives in the global fight against AIDS.

In the wake of World AIDS Day and the U.S. administration’s timely commitment to reauthorize funding for PEPFAR, I am struck by the remarkable strides in preventing, diagnosing, treating and suppressing HIV/AIDS that this initiative has made in the world’s hardest hit regions. When PEPFAR began its work in 2003, just 50,000 people were on treatment in sub-Saharan Africa, and little data existed on the number of patients who were successfully suppressing the virus.

Today, PEPFAR supports over 14.6 million people on treatment, both directly and through partnerships such as the Global Fund to Fight AIDS, Tuberculosis and Malaria, and almost half of those living with HIV in Eastern and Southern Africa are virally suppressed. 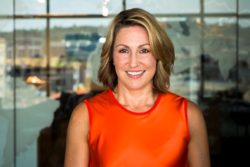 Given the success of this U.S.-led initiative abroad, it may be surprising to learn that the American domestic response lags far behind its peers. Overall, just 51% of Americans with HIV are suppressing the virus – the worst results in the G-7.  In fact, if you have HIV you are more likely to be suppressing the virus if you live in Malawi (62%), Kenya (63%) or Botswana (81%) than in any state in the U.S.

What has the international AIDS effort gotten right that we can learn from?

First, PEPFAR focuses funding on where it makes the biggest difference. Approximately 10% of the global AIDS spending is on antiretroviral drugs (ARVs), while the rest is used for healthcare costs other than drugs and crucial support activities like mental health and substance abuse services. In the U.S., about 40% of public spending on HIV goes towards ARVs alone, leaving less for the wraparound care that can make a difference in achieving positive patient outcomes.

It’s not as though PEPFAR is reducing costs by buying inferior ARV products. PEPFAR uses the same drugs as those approved in the U.S. and held to the same FDA quality standard. While the PEPFAR program has helped to reduce the cost of medicine for programs in participating countries by roughly 80% in the past decade, the cost for many of these same drugs has doubled in the U.S. One of the primary reasons is because the adoption of lower-cost, generic ARV medicines in the U.S. is uniquely low at less than 10% across public and private payers alike – even though the U.S. leads the world in the use of generics overall with a prescription fill rate of nearly 90%. Outside of the U.S., programs commonly prefer low-cost or generic HIV drugs, which helps expand patient access to these important medications.

Second, PEPFAR proactively identifies barriers to accessing healthcare, and then implements targeted programs to address those unique needs. That means adapting to local circumstances. For instance, remote rural populations in many countries don’t have everyday access to pharmacies, so PEPFAR is beginning to dispense three to six-month supplies of drugs to spare residents what can be difficult journeys for refills. Similarly, it has adopted “test-and-treat” programs, where patients are given ARVs on the spot after receiving a positive diagnosis. As a result, over 90% of people diagnosed with HIV in Namibia and Eswatini (formerly Swaziland) are on treatment.

Contrast that with the U.S., where the healthcare system itself can be a hard-to-navigate barrier. Getting tested, confirming results, ensuring insurance coverage, and starting on treatment can require weeks of repeated visits. This can be especially difficult for the poor, who have few resources to spare. With almost half of Americans newly diagnosed with HIV living at or below the federal poverty threshold, it’s perhaps no surprise that 25% are not even receiving care.

Lastly, PEPFAR recognizes that simply paying for medical care isn’t enough. To truly end the epidemic, we must focus on the social determinants of health. For example, PEPFAR reports that girls and young women account for 74 percent of new HIV infections among adolescents in sub-Saharan Africa. In response, it launched the DREAMS project in 10 countries, later expanded to 15, to empower young women and to address social, cultural and other factors that increase risk for HIV/AIDS. A similar program targeting men was launched this year at the 2018 International AIDS Conference, where PEPFAR and partners including singer Elton John and England’s Prince Harry announced the billion-dollar MenStar Coalition.

Although the issues facing Americans may be different than those in Africa, dedicating resources to address co-occurring conditions like housing and transportation is essential to getting people care and keeping them in it. For instance, 8% of people living with HIV in the U.S. are homeless. Even if you’re on treatment, it’s difficult to stay adherent to medications if you don’t know where you’re going to sleep each night.

There are also huge disparities across communities. For example, according to the Centers for Disease Control and Prevention and based on current infection rates, odds are 1 in 11 that a white gay man in America will contract HIV in his lifetime. For a black gay man, they’re 1 in 2. We need to find better ways to bridge these divides. Or consider the fact that half of all new cases in the U.S. occur in the South. The approaches that end up working in those states may be different than what works elsewhere.

The good news is the U.S. is working to strengthen its efforts to make sure that all Americans get the HIV prevention and treatment support they need. As healthcare experts and community and government leaders work to identify, fund and implement concrete steps to increase success, learning from PEPFAR’s holistic approach abroad has the potential to save more lives here at home.

— Heather Bresch is the Chief Executive Officer of Mylan, a global pharmaceuticals company.

[Disclosure:  Mylan served as the underwriter of a recent Atlantic Live event titled A Global Battle: An Atlantic Forum on HIV/AIDS Today.  I am editor in chief of Atlantic Live and wanted to acknowledge this relationship.  I published this piece because I found it provocative and constructive to discussion.]