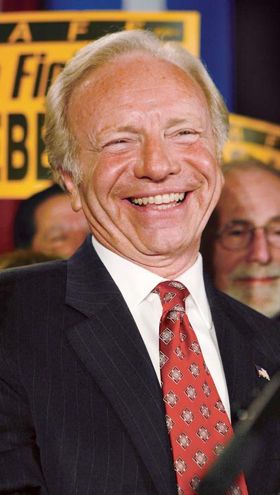 In response to queries as to what Senator Lieberman was doing when agreeing to carry a pardon request to President Bush for an indicted terrorist sent to prison by the FBI, Lieberman spokesman Scott Overland said:

Senator Lieberman does not intervene in criminal proceedings including requests for pardons. . .The correspondence was merely forwarded without any comment, endorsement or support whatsoever.

Fair enough — if that was all of the story.
Here is what Joe Lieberman said to the spouse of the terrorist:

Since when is “I think of you like you were my family” not an indication of ‘support’ or clear bias?
Scott Overland’s comment fails to address the clear bias in Senator Lieberman’s agreement to carry the letter. Did he not know who she was? Was he uninformed that he was addressing a Bay of Pigs veterans group?
Or did he really not mean what he told Miriam Arocena? Insincerity would be an OK excuse here — we just want to hear it said.
— Steve Clemons

The End of Neo-Liberalism? Has Someone Told Bob Rubin?
TERRORISM SALON: Eric Rosand on Counterterrorism Misfires