Michael Lind, now my colleague at the New America Foundation but eleven years ago the Washington Editor of Harper’s Magazine, wrote a great article in August 1998 titled “Washington Meal Ticket: How to Buy a Senator’s Smile.”
After the major round of ethics reform legislation Congress had passed back then after a spate of scandals, I was the off-the-record “Deep Throat” source that gave Michael lots of ways that lobbyists and influence peddlers could get around the law. . .and thus make a Senator smile. 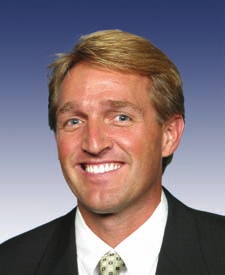 “Pay for play” has been part of Washington since Hamilton, Jefferson, and Madison were wrestling over where to site Washington, DC — and probably before then — but that doesn’t make it right.
Republican Congressman Jeff Flake (R-AZ) is now trying to raise the issue again — linking the Blogojevich “pay for play” scandal to what happens every day in Congress with those who make campaign contributions and hope for special treatment from their legislators.
It’s also very cool that he is in part spreading the word through Facebook, where i just got a note from him (or his team).
This from a Roll Call article by Tory Newmyer today:

Facing a surprisingly tough re-election challenge in the closing days of his 2008 campaign, Rep. John Murtha (D-Pa.) called on a well-established network of his earmarking beneficiaries to bail him out. And the defense industry contractors, several of whom had pulled down millions of dollars in Murtha earmarks in the 2009 defense spending bill, responded by flooding his coffers with what amounted to rescue cash.
Rep. Jeff Flake (R-Ariz.), who is pushing a rules change to clamp down on lawmakers fundraising from earmark recipients, said recent revelations about the extent of the practice highlight the need to restrict it.
“Pay to play is rampant in the earmarking process, and it needs to stop,” he said.

Apparently, rules changes that Jeff Flake has proposed would ban Members from “proposing earmarks if they received campaign contributions from anyone related to the company getting the earmark, including lobbyists, company employees and political action committees.” (Roll Call, 27 January)
I admire Flake for throwing himself at this brand of corruption. But as a realist in these matters, while I think we need to keep filling in the loopholes, I’m sure Senators and House Members will still be smiling in 2020.
— Steve Clemons

Watch for US Special Forces Action Against Somali Pirates
Guest Blog by James Glassman: Obama Should do More Arabic and Farsi Chats on All Networks, Including US-Funded Operations

3 comments on “Jeff Flake: How to Make Congressmen “Smile” Less”