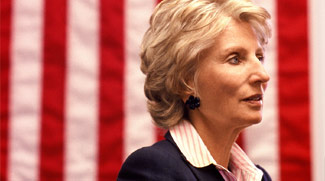 Representative Jane Harman denies that she agreed to lobby on behalf of two AIPAC employees facing espionage-related charges in exchanging for AIPAC lobbying Nancy Pelosi to allow Harman to assume the chair of the House Intelligence Committee.
But there’s growing clamor over an National Security Agency intercept that, if true, seems to call into question Representative Harman’s insistence that she would not do this — even if she didn’t.
What is on the tape is on the tape — and several officials are reporting off the record that they heard the tape and Jane Harman’s comments. If this is true, I hope that Representative Harman will put the entire truth out there.
I have always been aware of Jane Harman’s closeness to AIPAC — but that said, I also know that Jane Harman gave a “no false choice” speech at a New America Foundation/National Iranian American Council conference a few years ago that strongly endorsed an engagement strategy with Iran. During that conference at at other meetings I have had with Representative Harman, she boldly admitted that she was wrong on key aspects of the Iraq War, on trusting the administration on the WMD intelligence, and on other fronts.
And thus despite this uncomfortable news about the Lawrence Franklin, Steve Rosen, and Keith Weissman espionage case — that really does need more attention and needs to proceed in the courts — I think that Harman is a leading national security Democrat who was willing to see the folly and destructiveness of the zero-sum game approach that American presidential administrations and Middle East negotiators have been applying in the Middle East.
But this is serious stuff — and I look forward to Jane Harman’s statements as this tape controversy unfolds.
— Steve Clemons

85 comments on “Jane Harman is Going to Have Bad Day”