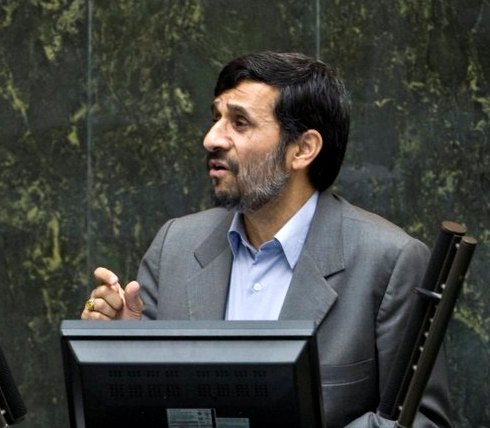 Jon Weinberg is an intern at the New America Foundation/Middle East Task Force.
At first glance, Iran’s new internet law – which stipulates that Iranian internet service providers (ISPs) are required to retain the entirety of their clients’ data for at least three months – appears exceedingly intimidating.
According to the government sponsored English-language news network Press TV, the law’s aim is to reduce “cybercrimes and providing surfers with more security in cyberspace” as well as to punish “specified illegal activities in cyberspace.”
In some ways, Iran’s internet policies are comparable to those of China, Saudi Arabia, and other autocratic regimes. In the past, including during the chaotic aftermath of the country’s June 12 elections, Iran has blocked access to un-Islamic websites, intentionally slowed internet connections (in an attempt to thwart multimedia downloads from the west), and even imprisoned its own citizens for their online behavior.
The OpenNet Initiative (ONI) maintains that all told, “The Internet censorship system in Iran is one of the most comprehensive and sophisticated in the world” and that “human rights activists, bloggers and online media outlets, have become the target of government regulatory action and are subject to arrest, imprisonment and torture.”
But this new law seems to pose the greatest threat yet to Iranian internet users: everything they say and do online will be on file for government authorities to search – there will be less privacy and anonymity than ever before. Or will there?
In their exhaustively researched article from yesterday’s Washington Post John Palfrey, Bruce Etling and Robert Faris (all of Harvard Law School’s Berkman Center for Internet & Society) speak of the “sharp limits on what Twitter and other Web tools such as Facebook and blogs can do for citizens in authoritarian societies.” They note, quite rightly, a “worldwide user population that skews wealthy, English-speaking and well-educated” as well as the regime’s increasing power to push back.
In their conclusion, however, Palfrey, Etling, and Faris argue that countries like Iran “may be more concerned now about any move that pushes those watching — or blogging or tweeting — from the sidelines into the throngs of protesters already in the streets.” I agree, but would take it a step further. Even if Iranians know they are being watched, they will find their way back to anonymity.
Clayton M. Christensen’s theory of disruptive innovation argues that “low-end” technological innovations often occur when products’ improvement rates exceeds the rate at which consumers can adapt, therefore allowing cheaper, simpler, lower-performance products to take their place. Such is the case with social networking: there is no better mass e-communication tool than email, but SMS texts, Facebook, and, ultimately, Twitter harness a less evolved version of text-based communication (Twitter, for instance, limits individual updates to 140 characters), which allow tech-savvy Iranians to better evade authorities.
The same type of innovation will inevitably undermine the new internet laws. Countless methods of fooling Iranian authorities online have been well-known for years, with their numbers, effectiveness, and sophistication constantly improving.
Because tech-savvy consumers will continue to innovate faster than the Iranian government can regulate, this law, like all other past Iranian internet laws, will quickly become obsolete.
— Jon Weinberg

Note to White House: Netanyahu is Obama’s Khrushchev
David Frum vs. Daniel Levy on Whether Barack Obama’s America Is An Honest Broker Between Israel and the Arabs