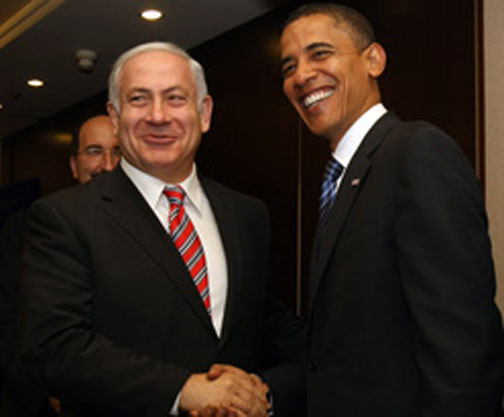 I am off to Athens, Greece this evening to meet with some folks and to ponder what Socrates, Plato and Thucydides would say about Barack Obama’s coming showdown with Bibi Netanyahu over East Jerusalem.
Netanyahu is very clearly Obama’s Khrushchev.
Netanyahu is poking the Obama White House, ridiculing his foreign policy team, and launching preemptive strikes at the very necessary deal-making that Obama must move forward in the region to shore up America’s power position and global relevance.
The Moskowitz-Netanyahu Plan to expand settlements in East Jerusalem, clearly over the red lines set by previous presidential administration and Israeli prime ministerships, is designed to pommel Obama and deflate his power in the eyes of other regional stakeholders.
Obama needs to politely crush Netanyahu — and do it with a smile, without losing his temper, just as Richard Wolffe — in his new book Renegade: The Making of an American President — describes Obama doing to political foes he politely vanquished.
If Obama doesn’t find a way to knock Netanyahu down off his perch, then Bibi will define Obama rather than Obama leading and setting the key parameters for a new, forward looking, stable Middle East equilibrium.
Netanyahu doesn’t want to play along with any form of negotiations process — even a fake one of the sort that Elliot Abrams generated in the past. He wants nothing at all to work on the Israel-Palestine front — and believes he can wield Congressional power via his levers in the American Jewish community to create painful costs for the White House that ultimately constrain the President’s latitude.
Obama has no choice. If he acquiesces to Netanyahu, which the Israel Prime Minister is counting on, then the game is over in the region — and America will slide down a long, slippery slope of nations doubting America’s global leverage and competence to accomplish objectives it sets out for itself.
If he creates costs, significant ones, for Netanyahu — which I believe he must do to maintain a “no false choice” approach to the Middle East, then Obama has a chance to pull off some global re-ordering, but there will be domestic costs for him in Congress.
Khrushchev tried to define Kennedy — and nearly succeeded.
Kennedy ended up making the right choices and scuttled Khrushchev, shutting down his antics and deflating his power.
Obama must do no less with Benjamin Netanyahu.
— Steve Clemons

The Other Track
Guest Post by Jon Weinberg: Short Shelf-Life — Why Innovation Will Undermine the New Iranian Internet Laws