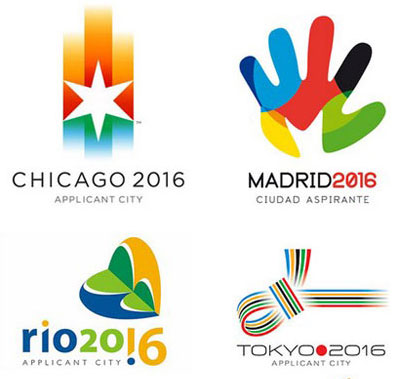 This New York Times piece makes the economic case on why the 2016 Olympics fit Brazil’s needs and bid more than Chicago, Madrid and Tokyo.
But more broadly and thinking ahead, Brazil is a key component of the BRICs group — Brazil, Russia, India, and China.
While none of the other BRICS countries are up, a quick review shows China just had its shot. Russia has had the Olympics enough and seven years from now will still be in a demographic squeeze while still trying to squeeze a lot of the rest of the world on energy. India should get the Olympics one day but is no where near ready for such an event and can’t manage the expense.
But these leading developing nations are the key ones that the US, Japan, and Europe (the national and supranational governments of Chicago, Tokyo, and Madrid) will need to coax into “responsible stakeholder arrangements” in the global political order.
Tokyo, Chicago, and Madrid are all interesting cities — but to succeed in refashioning international institutions to anticipate global realities over the next four to five decades, bid developing nations like Brazil need to be the focus
Brazil is already doing a great deal in renewables, climate change, and broader political and economic stabilization efforts in the Southern Hemisphere to justify serious attention — and it makes sense to continue the acknowledgment of Brazil’s gains and course by the IOC granting Rio de Janeiro the 2016 Games.
We’ll know tomorrow.
— Steve Clemons