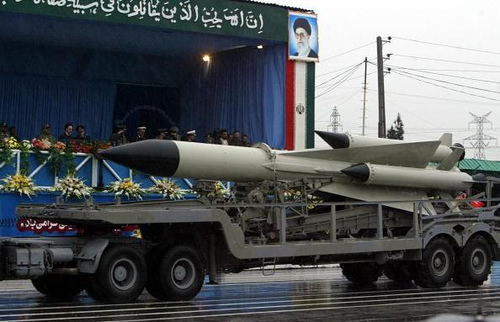 The way that the nuclear weapons world works today is that if you are “trusted” by the US and Europe — you can overtly or covertly hold on to your nukes, particularly if a nation is not part of the non-proliferation regime.
But if you aren’t trusted, you can’t have them under any circumstances.
But Israel is a complicated case — and a provocative Al Jazeera show is going to delve into this and thought I’d share:

7 September 2009, Monday, 4:30 pm EST
RIZ KHAN – NUCLEAR ISRAEL
Watch live here
The International Atomic Energy Agency (IAEA) will meet Monday to discuss Iran’s nuclear capabilities just as Israel accused the monitoring body of holding back on its most recent report on Iran. Israel says it “expects the international community to take substantive and prompt steps to halt Iran’s military nuclear program.” But what about Israel’s nuclear arsenal?
It’s a well-known secret that Israel not only has nuclear capabilities but has nuclear weapons. Officially, Israel has a policy of not confirming or denying its nuclear capabilities. Whenever the U.S. raises its concerns about proliferation, Israel is not mentioned. Experts and anti-nuclear activists argue that the way in which the West deals with Israel’s programme sets a dangerous double-standard that makes it impossible to stem the tide of nuclear proliferation in the Middle East or anywhere else. Breaking with past precedent, a U.S. State Department official recently said that they would like Israel to sign the Nuclear Non-Proliferation Treaty but a White House official went on to note that the Israeli and Iranian programmes were unrelated “apples and oranges”.
On Monday’s “Riz Khan” we discuss Israel’s nuclear programme and ask “When will Israel bring its nuclear weapons out of the shadows and could an open and honest discussion of its capabilities pave the way for a nuclear-free Middle East?” Joining our discussion will be Dr. Avner Cohen author of “Israel and the Bomb” and Israeli journalist and human rights activist Gideon Spiro.