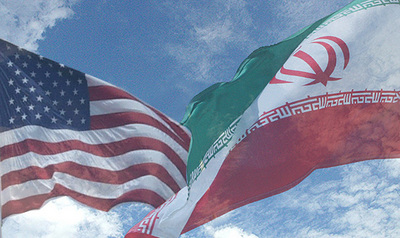 This is a guest post for The Washington Note written by Hillary Mann Leverett, a former State Department and National Security Council official who participated in numerous rounds of secret negotiations with Iran.
On Saturday, the New York Times and other media outlets reported on a statement from Director of National Intelligence Michael McConnell that Saad bin Ladin, one of Osama bin Laden’s sons, had left “house arrest” in Iran and is now in Pakistan.
McConnell’s statement underscores the message of my last post — that there have been real strategic costs imposed on U.S. interests by the Bush Administration’s brain dead approach to dealing with Iran. Moreover, the poor quality of the mainstream media’s reporting on McConnell’s statement reflects a distorted and by-now deeply ingrained view of what happened in our interactions with Iran about Al Qaida. If incoming President Obama and his administration are really serious about putting U.S.-Iranian relations on a more positive trajectory, they must be prepared to challenge the misleading assumptions and assertions that warp public discussion of our Iran policy.
Two of these assumptions/assertions were highlighted in the New York Times article on McConnell’s statement.
1. The article’s authors, Mark Mazzetti and Eric Schmitt, cite unnamed U.S. officials to claim that Iran had been holding Saad bin Ladin and other Al Qaida operatives “as a deterrent against an Al Qaida attack on Iranian soil”. This claim is speculative, at best, and ignores what actually took place in U.S. discussions with Iran regarding Al Qaida during 2001-2003.
In the wake of the 9/11 attacks and the U.S. invasion of Afghanistan, Tehran detained literally hundreds of suspected Al Qaida operatives seeking to flee Afghanistan into Iran. Iran repatriated at least 200 of these individuals to the new Karzai government, to Saudi Arabia, and to other countries.
The Iranian government documented these actions to the United Nations and to the United States in February 2002, including by providing copies of each repatriated individual’s passport. But Iran could not repatriate all of the individuals it detained; for example, the Islamic Republic has no diplomatic relations with Egypt, and Iranian diplomats told my colleagues and me that Tehran was not able to repatriate Al Qaida operatives of Egyptian origin to Egypt.
They also said that Osama bin Ladin’s son, Saad, had tried to enter Iran and that Iranian security forces had turned him away. However, these Iranian diplomats expressed concern that, if Saad bin Ladin managed to penetrate the porous Iranian-Afghan border and enter Iranian territory–as he apparently did in 2003, after the Bush Administration had unilaterally cut off our dialgoue with Iran regarding Afghanistan and Al Qaida — Tehran would encounter difficulty repatriating him to Saudi Arabia, which had already made clear it was not interested in taking either Saad bin Ladin or his father.
Instead of working to establish a framework within which Tehran could have made Al Qaida operatives detained in Iran available to U.S. interrogators — as our Iranian interlocutors requested — the Bush Administration insisted that Iran detain and deport all the Al Qaida figures we believed might be in Iran, without any assistance from or reciprocal understandings with the United States. (From the Bush Administration’s perspective, this was meant to be a “test” of Iranian intentions.)
Later, in the run up to the invasion of Iraq, the Bush Administration told the Iranians that the MEK, an Iraqi-based Iranian opposition group that the United States had for years identified as a foreign terrorist organization, would be targeted as an extension of Saddam’s military apparatus.
However, in the immediate aftermath of the invasion, the Pentagon granted the MEK special protected status, raising concerns in Tehran that Washington wanted to use the MEK as part of a campaign to bring down the Islamic Republic. At that point, the Iranians began to view the Al Qaida operatives in its custody as a potential bargaining chip to use with Washington regarding the MEK.
2. This calls into question a second dubious assertion in Mazzetti and Schmitt’s piece: that “the Bush Administration tried, at various times, to persuade the Iranian government to turn over the Al Qaida operatives in its custody, but the overtures were rebuffed”.
In response to the Bush Administration’s unconditional demands that Tehran turn over Al Qaida operatives we believed to be on Iranian soil, the Iranians offered a deal: to exchange Al Qaida figures they had detained for MEK cadres in Iraq.
To facilitate such an exchange, the Iranians offered to release all low- and mid-level MEK figures, to allow the ICRC to monitor the treatment of any high-level MEK figures detained in Iran, and to forego application of the death penalty to any high-level MEK figures found guilty of crimes by Iranian courts.
In the end, it was the Bush Administration, not Iran, that rebuffed a deal which would have given us access to important Al Qaida operatives–including, possibly, Saad bin Ladin.
It will take not only sustained effort but also clear strategic vision for the Obama Administration to repair the damage to U.S. interests done by the Bush Administration’s mishandling of relations with Iran.
Defining that clear strategic vision will require a willingness to question the all-too-prevalent image of Iran as an ideologically-driven and categorical supporter of an undifferentiated array of terrorist groups–from Hizballah to HAMAS to Al Qaida. Fundamentally, the Islamic Republic is a state that acts on the basis of what it perceives as its national interests.
It will not revise its ties to groups that the United States does not like in response to U.S. coercion or to meet U.S. “preconditions” for serious strategic dialogue. Iran will only revise its ties to such groups when it perceives strong and positive strategic incentives to do so–incentives that are not contradicted, in Iranian perceptions, by ongoing U.S. attempts at coercion and pressure that Tehran sees as intended to undermine the Islamic Republic.
–Hillary Mann Leverett

10 comments on “Hillary Mann Leverett: Take Up Iran on Its Al Qaida Offer”