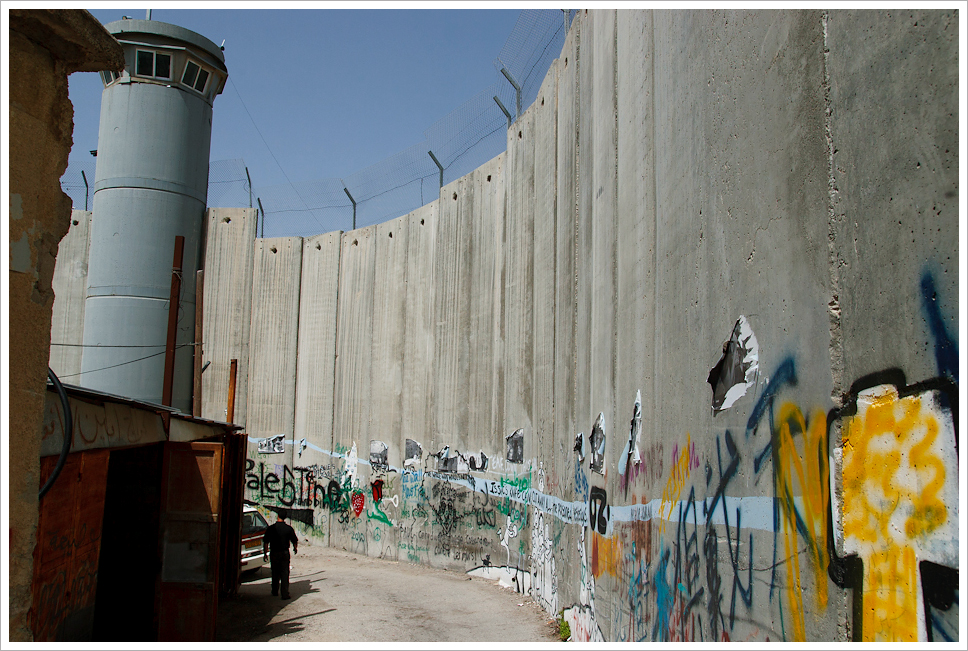 This is a guest note by Edward Delman, content coordinator at AtlanticLIVE, the events division of The Atlantic.

The latest iteration of Israeli-Palestinian peace talks has collapsed, arguably with the biggest of whimpers.

After weeks of delays in prisoner releases, moves to join international organizations, the announcement of further settlement construction, and a potential reconciliation between Fatah and Hamas, the negotiations have been called off due to an Israeli government that was unwilling to budge from its established line, according to U.S. officials. Although the history of the Israeli-Palestinian peace process is fraught with angry rhetoric and interruptions, there is a pervading sense that the consequences of the most recent collapse will be farther reaching than in the past. Experts have suggested that the consequences could range from the international isolation of Israel and the intensification of the Boycott, Divestment, and Sanctions (BDS) campaign to the eruption of a third intifada.

At least until it has been determined whether Fatah and Hamas will actually reunite, all agree there is a general moratorium on further negotiations.

Some Israeli leaders on the right, including Naftali Bennett of the nationalist Jewish Home party, see this latest collapse as the end of an era in the Middle East. According to Dani Dayan, the chief foreign envoy for the council that represents the Jewish settlements in the West Bank, we are now operating in a “post-negotiated settlement” world – one that heralds the death of the two-state solution. While such a realization would give most Israel-Palestine observers pause, those on the right in Israel see new opportunities in this new era.

Unfettered by what they see as a necessity to respect the peace process for the benefit of the international community, leaders on the Israeli right are calling on Israel to unilaterally decide the destiny of Israeli citizens and Palestinians alike. These unilateral moves range from full annexation of the West Bank to partial withdrawal for the creation of a de facto Palestinian state.

In a conversation at The Atlantic’s offices on April 30th, Dayan provided one example of such a unilateral plan: enhanced freedom of movement, improved housing, decreased government corruption and police brutality, and steps toward greater autonomy within the West Bank for Palestinians. He theorized that Palestinians would welcome better economic conditions and choose not to return to violent protest, and that the international community would be unable to impose sanctions upon an Israeli state putting forth a good-faith effort.

This plan contained several large holes, though. For one, it did not include any mention of who would finance economic and infrastructure improvements in the Palestinian territories. When pushed, it was suggested that these projects would have to be financed by the international community, as Israel would be unwilling to accept the added burden. The plan also did not provide an explanation for what would happen if the Palestinians rejected this proposal, or demanded political rights commensurate with their level of autonomy.

The greatest flaw, though, rests in the fact that this vision of a future Israel bears a remarkable resemblance to the concept of a unitary, binational state.

The removal of security checkpoints and the separation barrier, as suggested in the conversation, would allow for the speedy integration of Israeli and Palestinian society. At the same time, continued Israeli control over the West Bank would mean that, regardless of level of political autonomy afforded to the Palestinians, both people would continue to be governed by the same body.

Yair Lapid, the leader of the centrist Yesh Atid, has cautioned that a Judeo-Arab state would be inconceivable to even moderate Israelis. Those on the right are even more vehemently opposed to the possibility. Therefore, it takes a small leap in logic to come to the conclusion that any such arrangement would continue to deny Palestinians equal political rights and representation under the law. If anything, economic and physical integration without commensurate political rights would only further radicalize dissidents, necessitating harsher measures of political repression. More significantly, such a situation could create a rift within Israeli society, separating those who favor the status quo from those who cannot abide a government that refuses their neighbors equal rights.

Although it is still irresponsible to describe such a situation as an “apartheid state”, as Secretary Kerry did behind closed doors, it comes a bit too close for comfort.

The Israeli-Palestinian peace talks have always been a mixture of compromise and brinksmanship, with both sides attempting to secure their own best interests and the sympathy of the international community.

With that said, it is the onus of the Israeli government to pursue a plan that guarantees Palestinians eventual political sovereignty. The right’s affinity for unilateral action may seem to promise a solution on Israeli terms, but it does not provide for an endgame in which a Jewish democratic state can exist.

For the sake of the Zionist dream, the two-state solution must remain alive – otherwise, the whimpers will be replaced by bangs once more.

2 comments on “Guest Note: If the Two-State Solution Fails?”