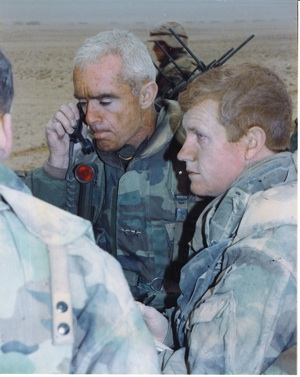 Patrick Doherty directs the New America Foundation/U.S.-Cuba 21st Century Policy Initiative.
“Strangulation is no solution.” That’s General Barry McCaffrey’s assessment of the U.S. policy towards Cuba. He’s right.
More importantly, writing in the Miami Herald, McCaffrey, a decorated Vietnam veteran, hero of Desert Storm and, more relevant to this discussion, former commander, U.S. Southern Command, finally gets to the endgame on Cuba policy.
His prescription is straightforward: U.S. policy has failed, Cuba is changing, and we need to clear out the Cold War-era policies and position ourselves to become “a constructive guiding agent in this process of change.”
His list of particulars is refreshingly decisive:
* Remove Cuba from the State Department list of State Sponsors of Terrorism.
* Repeal enforcement of the ”Helms-Burton” legislation.
* End the economic embargo on Cuba.
* End U.S. restrictions on travel by American citizens to Cuba.
* Close the detention facility at Guantanamo and return the base to Cuban sovereignty.
* End the ”Wet Foot/Dry Foot immigration policy” and treat illegal immigrants from Cuba as we do those from Mexico or any other country.
* Formalize coordination on anti-drug trafficking matters with Cuba’s law enforcement and security forces.
* Provide significantly increased funds to the U.S. Agency for International Development so that we can support economic development as democratic political transition inevitably occurs in Cuba.
* End U.S. opposition to Cuban participation in the Western Hemisphere multilateral fora…
General McCaffrey’s position on Cuba would, if implemented, transform U.S. relations with the nations of Latin America and create the conditions for the people of Cuba to judge their government’s performance without interference from Washington.
Unfortunately, the politics of Washington are slow to recognize the imperatives of diplomacy. The more leaders like Gen. McCaffrey stand up to be counted, however, the sooner the politics in this town will change.
— Patrick Doherty

19 comments on “Guest Post by Patrick Doherty: The McCaffrey Plan”