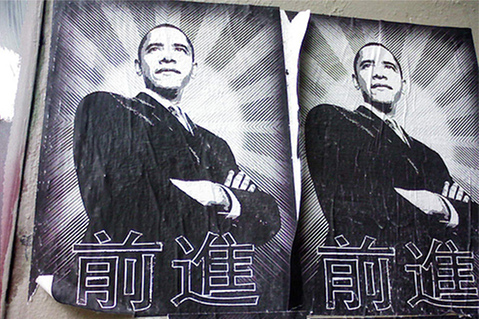 Kevin Nealer was a Fulbright professor of trade law & policy and is Guest Lecturer at Georgetown University’s McDonough School of Business.
Markets generally take a “Stop them before they kill again!” approach to Democrats and trade policy. This is true even though Smoot, Hawley, and Hoover were Republicans, and Ronald Reagan holds the record for dollar value of restrictions imposed on American imports.
Certainly the anxiety level about Team Obama’s approach to trade rose as the Senate and House results showed significant Democratic gains on November 4. Editorial boards quickly picked up the theme of protectionist risk, and it was amplified in Asia and Europe. The November 2008 G-20 communique anticipated the threat of an activist Democratic trade agenda.
In truth, the greatest trade-related danger facing the new team was an unscripted fight over Treasury’s report on currency manipulation that might have triggered a Sino-U.S. trade war.
The decision two weeks ago not to name China as a manipulator seemed to reflect a deliberate Administration choice. By that action, it avoids hollow accusations that might spark trade retaliation and complicate the macroeconomic challenge overwhelming everything now.
Instead, Team Obama elected to reinvent expectations of how the U.S. and China must cooperate in a changed world economy, with results counting for more than recrimination. A drop of over 30% in the U.S. trade deficit with China helped make the decision politically palatable. The “next things” on the U.S.-China trade and currency agenda become the Strategic & Economic Dialogue in July, and ongoing conversation about imbalances.
The other genuine trade policy risk came in the stimulus legislation. President Obama’s insistence that “Buy America” provisions of the law be WTO-compliant signaled a major rebuke to those in both parties who wanted to close U.S. markets, while it preserved the option for states to support local suppliers.
Actions may speak louder than words in the rest of the country, but these two consequential choices on trade policy passed with hardly a mention in the press or among opinion-leading elites. These decisions didn’t fit the trade theologians’ story line.
These may be only two data points, but that’s enough to start graphing a new set of expectations about trade.
Last month, President Obama’s trade team quietly acknowledged (in a lengthy report on trade barriers) that the Administration would: (a) work for passage of a free trade deal with Panama; and (b) seek “benchmarks” (unspecified) that would allow trade deals with Colombia and South Korea to move forward. The President’s trip to the Summit of the Americas mentioned both Latin bilateral deals. Bipartisan Congressional support for the South Korea pact, in the form of Senate letter this week, could revive that agreement as well.
Obama still lacks “fast track” trade negotiating authority, and he has made no effort yet to claim time for it in the crowded legislative calendar. That makes sense when every instinct to activism is condemned as doing too much. Still, actions to date indicate that protectionist risk from Congress is declining, and President Obama’s ability to manage it increases. The Administration is on record as supporting a revivified Doha Round — a floor for expectations about global trade liberalization.
Whatever the Obama Administration and Congressional leadership do on trade liberalization, it won’t be enough to placate trade purists. But the reality is that, facing historic contractions in trade growth, the Team Obama hasn’t flinched from a belief in America’s ability to compete in open markets. This will become increasing difficult as unemployment’s lag effects shadow a nascent recovery.
It remains to be seen whether the Administration can develop a new trade narrative that rekindles the bargain giving Americans faith in the virtue of trade. But in the meantime, they deserve credit for taking risks that, so far, have gone remarkably unrecognized.
— Kevin Nealer