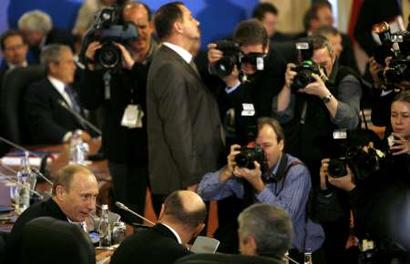 This picture, which found its way into my inbox today, is a pretty good reflection of the trajectory of U.S. versus Russian influence at the moment. Don’t get it? Look closely — there’s a second Head of State in the background.
— Scott Paul

25 comments on “Fading From Relevance”