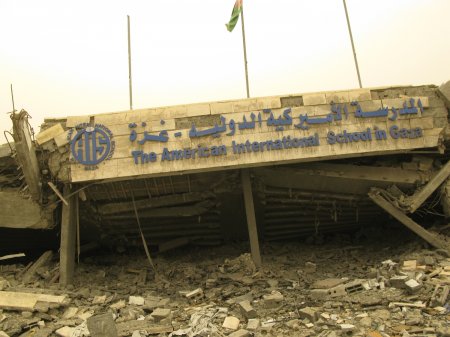 Today at 12:45 pm, I will be hosting an event in the US House of Representatives on the subject of “Congressioal Views on US Approaches to Gaza.”
Regrettably, we can’t stream the program live because of logistical challenges with the room we are in, but I will posting a digital file of the event later here at TWN. The public is invited to attend. The room is 2253 Rayburn House Office Building Washington, DC, and an RSVP page is here.
Joining me today will be the Honorable Keith Ellison (D-MN) and a new member of the House International Relations Committee as well as the Honorable Brian Baird (D-WA) who is a Member of the House Science & Techology Committee. New America Foundation/Middle East Task Force Director Daniel Levy will be responding to their comments.
Congressmen Ellison and Baird recently traveled to Gaza recently and were profoundly disturbed by the logistical impediments to providing humanitarian relief and support to innocents caught in the conflict between Hamas and Israel.
Congressman Baird issued this statement. Rep. Keith Ellison posted these video clips from their Gaza tour.
— Steve Clemons

A Trillion Here, A Trillion There…
ICC Issues Arrest Warrant for Bashir

51 comments on “EVENT TODAY: Congressional Views on US Approaches to Gaza”