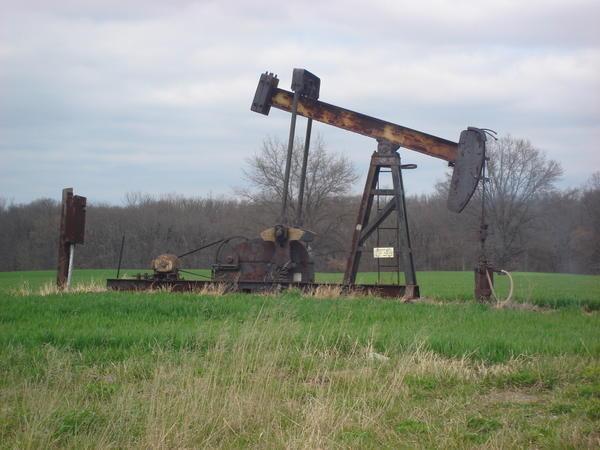 Here’s a challenge: find a poltician who currently campaigns on energy issues and doesn’t promise to end U.S. dependence on foreign oil. I doubt it’s possible. The rhetorical drumbeat for and promises to achieve “energy independence” have gotten louder and more frequent. Yet it has become more and more clear that such a goal is unachievable and also complicates efforts to minimize dependence on oil altogether, which is where our policy ought to be taking us.
I’ve written on this before (here, here and here), but here’s a quick recap. Eliminating dependence on foreign oil is unachievable because the energy market is global and its prices will be chiefly influenced by major oil producers so long as demand for oil drives the market. That means importing less oil would do little to dilute the influence of OPEC and other oil-producing countries, so long as the global demand for oil continues to grow. What we ought to be doing is breaking our addiction to oil (and other fossil fuels) and helping other countries do the same.
But the truth remains that demonizing oil producers and pitching Americans on cutting out their legs has been a political winner for years.

According to a poll released last year by Geoff Garin and Bill McInturff, ending dependence on the world’s “bad guys,” however impossible or irrelevant it might be, is now one of the public’s top international priorities. And they specify that it’s foreign oil, not climate change or oil in general, that the public sees as the problem (I made sure to ask this question of the pollsters when the poll was released).
Unfortunately, the folks promoting smart energy policy have exacerbated the problem by continuing to promise an end to U.S. dependence on foreign oil. Speaker Pelosi has led the charge here. Sen. Obama, among others, has gone along too (and it’s in the final Democratic Party platform). Not even the most enlightened officials on energy — I’d include Sens. Lugar and Biden and Gov. Richardson in this group — have not resisted the temptation of “foreign oil dependence” rhetoric when they speak publicly, their sound policies notwithstanding.
At the end of the day, it’s Obama who is paying for this. While it makes little sense policy-wise, Sen. McCain’s “all hands” approach, which includes drilling offshore and in the Alaska National Wildlife Refuge, is the more direct and intuitive response to the challenge of weaning ourselves off foreign oil. Obama and my allies in the climate movement typically respond that we can’t drill our way to energy independence. While it’s a nice soundbite and a sound foundation for policy, I’m afraid it will fall on deaf ears with a public that has been told year after year that anything we can do to weaken the influence of those bad oil producers is a step in the right direction.
I should mention, by the way, that there actually is polling to support this — this isn’t just my guesswork. I saw the polls while I was abroad but didn’t save the link, so you’ll have to take my word for it. Sorry, readers!
In the end, energy will probably be a split decision this year from a political perspective. McCain will win points for his “use every tool” approach and his longstanding commitment to action on climate change, but his party affiliation will tie him to seven years of bad policy, rising gas prices and coziness with industry. If there were any justice, he would also take a hit for his flip-flop on the Law of the Sea Convention, but that’s clearly not going to register.
It’s probably too late to reframe this debate for the ’08 election, but we should hope that we hear more about the importance of breaking our addiction to oil and gas altogether and less about the threat of those nasty foreign oil producers in the future.
— Scott Paul