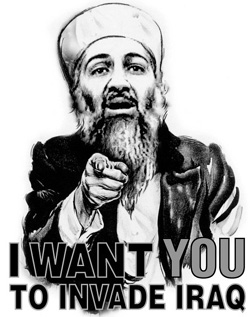 I am acquainted with GAO staff member Edward George who had a major hand in writing this report, which is provocative, candid, and substantially dismissive of the Bush administration’s anti-terror efforts in Pakistan and Afghanistan.
— Steve Clemons

19 comments on “Daily Show on GAO Critique of Bush Anti-Terror War: “We Could Have Gotten Here By Doing Nothing.””