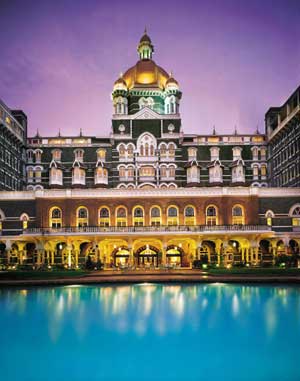 There is great tragedy unfolding now in the middle of Mumbai. More than 900 wounded and more than 80 dead.
Gunmen are holding fort in the Oberoi Hotel and the Taj Hotel — which are the two hotels I stayed at during recent trips to Mumbai. I knew a number of the staff in these two hotels and am very worried about them.
Condolences to all who have lost people in this sad episode. We need to think about the innocents who get caught up in this drama — and in another context, when U.S. forces kill accidentally innocent people, we need to know that it’s hurting many and breeding blowback and rage.
This is all so sad.
— Steve Clemons

Can Turkey Really Help Solve the Iran Nuclear Problem?
Robert Gates: Should We Want Him to Stay?

24 comments on “Condolences: Fear and Tragedy Unfolding in Mumbai”