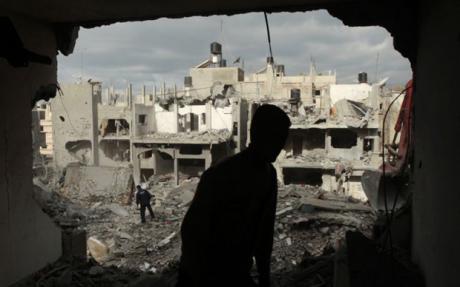 The inaugural weekend successfully diverted attention to the festivities and stunning turnout celebrating the historic circumstances of a new administration’s transition to the helm of the most powerful country on earth. But as Washington, and the world for that matter, begins to climb down from this weekend’s euphoria, the newly inaugurated administration will have to contend with a number of new Middle East realities on the ground that cannot adequately be dispensed with the logic and strategies of the past eight or sixteen years. New realities in turn will warrant new departures for policy.
Rhetorically at least, President Obama signalled a new direction for US foreign policy in his inaugural address, trading the usually national security testosterone and chest-thumping on counterterrorism that both parties embrace at election time for some elegant and carefully chosen words the spell out a different sort of counter-terrorism, democracy, and internationalist posture. Defeating terrorism by outlasting it rather than simply outgunning it, promoting democracy with a supportive model rather than a forward strategy, and conducting diplomacy through cooperation rather than unilateralism are certainly welcome departures.
However Josh Landis underscores, along with a number of other Middle East analysts, that the path to dealing with these agenda items requires confronting the centrality of the Arab-Israeli conflict brought home by the three weeks of violence in Gaza, rather than ignoring them as some Obama aides have suggested. This means tackling the reality of Hamas on the Palestinian political scene as Marc Lynch and Richard Murphy point out and finding ways to promote Palestinian reconciliation as Roula Khalaf and Daniel Levy have long argued.
The appointment of George Mitchell to Middle East envoy, as Amjad Atallah points out, certainly provides room for optimism but it is sobering to recall the powerful envoys with equally serious determination, networks of power, and potential that have failed – such as James Wolfensohn and Tony Blair — when their hands are tied by political advisors in Washington.
Former Obama campaign advisor and Brooking’s Middle East Director Martin Indyk provided a possible barometer for the administration’s approach. Though he recognizes some parts of this puzzle that Landis, Levy, Lynch, and Khalaf draw out, including the importance of supporting Israeli-Syrian negotiations, he remains curiously silent on the pivotal role of Hamas and the current Palestinian divide. He also appears unaware of the changing nature of the Arab parties.
A second critical reality to contend with is the re-emergence of Arab and Muslim unity as Kaveh Afrasiabi suggests with Syria returning to the Arab fold and overtures of solidarity being made between the Gulf States and Iran. This throws the Bush administration’s failed strategy of isolating Syria and Iran for a loop but could provide new opportunities for the incoming administration.
The final reality that the Obama administration will have to contend with is an Israeli domestic political scene whose security needs and calculations may at times depart from the US. A recent Haaretz poll indicates most Israelis are comfortable with the Gaza campaign despite the massive Palestinian civilian casualties. Regardless of whether Bejamin Netanyahu Likud party wins upcoming February 10 elections as polling seems to indicate is likely, the last two major military campaigns — Lebanon in 2006 and Gaza in 2009 — led with a centrist party at the helm and these recent poll numbers broadly suggest the Israeli public at large believes in this cost-benefit ratio to meet its security needs. But the campaigns were arguably setbacks for US national security and foreign policy objectives. Though sometimes dismissed as the foolhardy gambits of rogue commanders or ambitious, capitalizing politicians, this no longer seems to be the case. Future Israeli leadership regardless of composition, will continue to deem it a political necessity to carry out similar operations in the future. One of the most difficult questions for the next administration will be whether this helps or hurts US strategic interests in the region.
— Sameer Lalwani

88 comments on “Coming Down from the Dream, Facing Up to Realities”