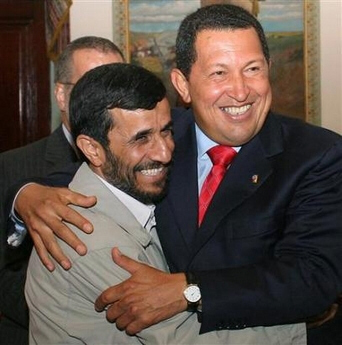 There was a lot of difference between yesterday and last night. Yesterday Iran was joyful because of changing the fate. Every body participated in. But last night was a shocking and bitter night. Like 4 years ago, Fars news agency and Keyhan announced news. It was unbelievable. Little by little news became as heavy as a mountain in front of every body that had seen it was not real.
At the same time Mr. Mosavi announced his victory in election. But information was formal and it was announced around the world and nation was anxious. It was more important than cheating. Some ones call it a white coup. I was in contact with various committees. It was not possible to sleep. I went to visit Mr. Karobi two times, once at 2 a.m. I talked with many friends in Mr. Mosavi’s committee. Everybody was shocked.
Whenever I had opportunity I connected to the face book. Friends, who were checking the results second by second, were really upset. They desired I had hopeful comments but I didn’t. It was difficult situation.
Mr. Ahmadi Nejad’s supporters captured the city despite demonstration was prohibited. I slept 2 or 3 hours. I went to Mr. Khatami’s office in the morning. He had just come from a meeting and he was going to one another. I read the statement of Mr. Mosavi. It was really obvious. Then I went to the Mr. Karobi’s office. He was writing his statement too. I interviewed with Persian BBC.
I analyzed the obvious cheating. It was a huge swindling.

Then, Columbia University Iran expert and occasional blogger Gary Sick has one of the best round-up analyses of what this all really means that I have read — and he links to Juan Cole‘s excellent analysis as well:

If the reports coming out of Tehran about an electoral coup are sustained, then Iran has entered an entirely new phase of its post-revolution history. One characteristic that has always distinguished Iran from the crude dictators in much of the rest of the Middle East was its respect for the voice of the people, even when that voice was saying things that much of the leadership did not want to hear.
In 1997, Iran’s hard line leadership was stunned by the landslide election of Mohammed Khatami, a reformer who promised to bring rule of law and a more human face to the harsh visage of the Iranian revolution. It took the authorities almost a year to recover their composure and to reassert their control through naked force and cynical manipulation of the constitution and legal system. The authorities did not, however, falsify the election results and even permitted a resounding reelection four years later. Instead, they preferred to prevent the president from implementing his reform program.
In 2005, when it appeared that no hard line conservative might survive the first round of the presidential election, there were credible reports of ballot manipulation to insure that Mr Ahmadinejad could run (and win) against former president Rafsanjani in the second round. The lesson seemed to be that the authorities might shift the results in a close election but they would not reverse a landslide vote.
The current election appears to repudiate both of those rules. The authorities were faced with a credible challenger, Mir Hossein Mousavi, who had the potential to challenge the existing power structure on certain key issues. He ran a surprisingly effective campaign, and his “green wave” began to be seen as more than a wave. In fact, many began calling it a Green Revolution. For a regime that has been terrified about the possibility of a “velvet revolution,” this may have been too much.
On the basis of what we know so far, here is the sequence of events starting on the afternoon of election day, Friday, June 12.
* Near closing time of the polls, mobile text messaging was turned off nationwide
* Security forces poured out into the streets in large numbers
* The Ministry of Interior (election headquarters) was surrounded by concrete barriers and armed men
* National television began broadcasting pre-recorded messages calling for everyone to unite behind the winner
* The Mousavi campaign was informed officially that they had won the election, which perhaps served to temporarily lull them into complacency
* But then the Ministry of Interior announced a landslide victory for Ahmadinejad
* Unlike previous elections, there was no breakdown of the vote by province, which would have provided a way of judging its credibility
* The voting patterns announced by the government were identical in all parts of the country, an impossibility (also see the comments of Juan Cole at the title link)
* Less than 24 hours later, Supreme Leader Ayatollah Khamene`i publicly announced his congratulations to the winner, apparently confirming that the process was complete and irrevocable, contrary to constitutional requirements
* Shortly thereafter, all mobile phones, Facebook, and other social networks were blocked, as well as major foreign news sources.

The Streets of Iran
Iran: There Will Be Blood