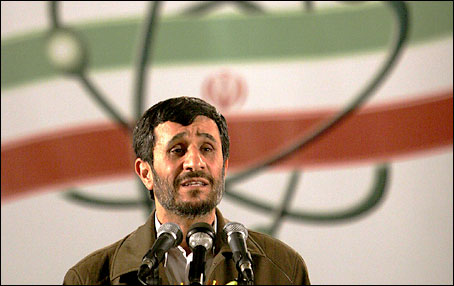 Paul Kerr at Total WonKerr has an interesting piece up about Iran’s nuclear intentions.
I think he’s on target and have long felt that what Iran wants less than a nuclear weapons program is a nuclear weapons “option.”
I think Iran wants to be Japan — in the sense that like Japan, the Iranian leadership wants a full fuel cycle nuclear energy program that can serve as a base for but which is a step short of nuclear weapons development.
A lot of folks blur the issue of a “nuclear weapons option” and “nuclear weapons in hand.” And I think these distinctions do matter.
— Steve Clemons

38 comments on “Ventilating Those Hyperventilating about an IRAN BOMB”