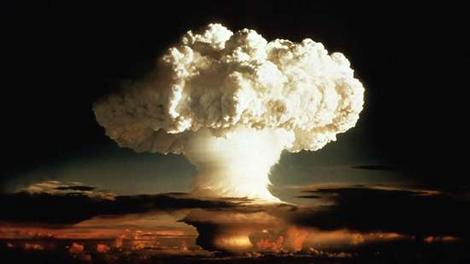 Neither the U.S. or Russia should appease each other’s worst behaviors — but threatening war with cataclysmic potential with the world’s only other arrmed-to-the-teeth nuclear heavyweight ought to be accompanied by more than a “perhaps so” when queried about a possible direct armed conflict with Russia.
If this race were between Joe Biden vs. John McCain, the choice for me would be very easy. But we are being forced because of the optics of this situation and the Palin sizzle and spin to compare Obama and Sarah Palin.
Obama has been studying foreign policy issues regularly over the last couple of years in the Senate — but there is little doubt that his experience is limited.
But hers is even moreso.
To be clear, I would drop any support I held of Biden and Obama in a nanosecond if they responded like Sarah Palin did in the interview with Charles Gibson tonight.
War with Russia — no matter its behavior — requires more than a casual comment about a direct hot conflict betweent the world’s two most heavily armed states.
The fact that Palin seems not to want to admit or is not aware of is that no matter our bluster, Georgia’s irresponsibility in this encounter will delay both Ukraine’s and Georgia’s NATO entry.
Here is a clip from the Associated Press about the Palin interview tonight:

When Palin was asked during the interview whether the United States would have to go to war with Russia if it invaded Georgia, and the country was part of NATO, Palin, who has been criticized by Democrats for what they say is her lack of experience especially in foreign affairs, said: “Perhaps so.”
“I mean, that is the agreement when you are a NATO ally, is if another country is attacked, you’re going to be expected to be called upon and help,” she said in the interview with ABC News.
“What I think is that smaller democratic countries that are invaded by a larger power is something for us to be vigilant against … We have got to show the support, in this case, for Georgia,” Palin said, when pressed on the subject.

What Would a “Crusade” Under Sarah Palin Be Like? Chris Nelson Weighs In
Matt Damon Agrees with Lincoln Chafee

57 comments on “Too Casual About a Potential Cataclysmic War”