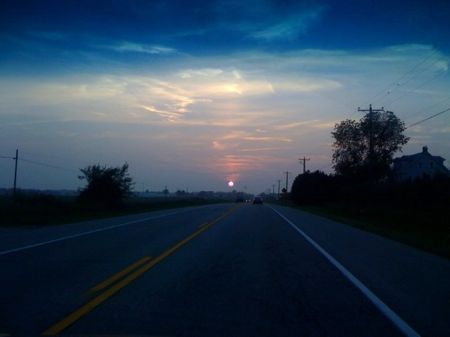 (photo credit: Matthew Winters)
This beautiful pic was taken at sunset from a moving car through the front window in Centreville, Maryland – on the Eastern Shore of the Chesapeake Bay.
— Steve Clemons

6 comments on “The View from Your Window”