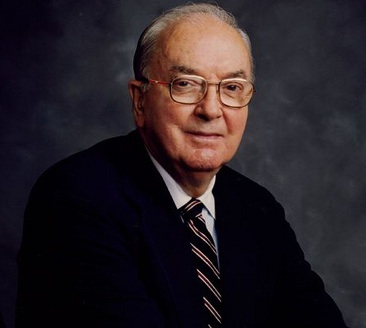 Former Senator Jesse Helms may have died today in a mortal sense — but the brand of pugnacious nationalism that he seeded in America’s contemporary politics lives on in his former legal adviser John Bolton, Dick Cheney and others.
We will be battling Helms as an ideological force for decades to come.
Helms was a cordial and polite man — even when he was doing much to harm American interests in a myriad of ways and harming women all over the world who would have otherwise benefited from birth control support that Helms regularly stripped out of foreign assistance bills.
Helms, who served as Chairman of the Senate Foreign Relations Committee, seemed to despise globalists in general, would have loved to wreck the United Nations and other international institutions, and reified an American nativist jingoism that he helped sell with beguiling Southern charm and linguistic twang.
I knew Helms when I worked in the U.S. Senate — not well, but well enough. I rode the elevator with him many times at his invitation. At some level, Jesse Helms knew that those of us in Washington all played the roles we had to play and thus a genteel veneer and sensibility made sense in a small political village comprised of people who had to do battle over and over again.
At some level, I’ll miss the politeness he exhibited in the worst of frays in D.C. I won’t miss his political views or outlook on any level. But despite his death, I know that Helms has morphed into something more — into a genuine ideology.
And that is something we can’t be seduced into tolerating.
— Steve Clemons

Off to See the Xian Warriors: What are Your Thoughts on Pumping Up the Size of America’s Military?
Despite “Facts on the Ground”, Happy 4th of July

27 comments on “The Death of Jesse Helms”