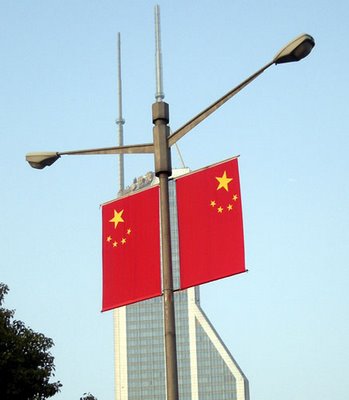 China’s been out of the game for a few hundred years, but it’s back.
The Chinese themselves believe that their collective ascendancy is fragile and fraught with problems — particularly environmental degradation associated with growth. The smog in Beijing really stings the unconditioned eyeball.
I’m staying at the Beijing Friendship Hotel, originally built for Soviet technocrats. All the buildings are massive — and I’m now across the street at a Starbucks enjoying free wireless — but nearly got whacked a couple of times by cars and buses speeding by. There are no crosswalks on this large street — people and autos sort of fight it out. It’s kind of the more modern and deadly version of Pamplona.
As modern as China is in many ways, its consumer orientation is still undeveloped. I have gone through a bit of a nightmare in fighting a battle between Expedia and various hotel and airline operators here. Expedia’s interface with flight data from Hainan Airlines is completely fouled up. Nothing is correct. So, I am booked on nonexistent flights around which I made a schedule. All of it is now up in the air — and Expedia has required about 4 hours phone time to figure out how to refund parts of this that were caused by these problems. Not good. Be careful.
Just had an excellent meeting with one of the chief (talented) US watchers from the Chinese Academy of Social Sciences and also met separately a group of Chinese readers of The Washington Note. I was impressed with their degree of detailed knowledge on the political nuances that divided Obama, Hillary Clinton, and John McCain. Also, the understanding that observers here in Beijing have between various camps inside the Bush administration was notable. I’d expect that from a high quality expert from CASS — but the Chinese students and professionals I met were equally impressive.
Reality hit though when I got a ‘Google alert’ that I was quoted by Trudy Rubin in today’s Philadelphia Inquirer. That seems to be one of the newspapers here that is blocked by Chinese internet filters. I have no access to it — though I can get the New York Times, Washington Post, The Washington Note, Atlantic Monthly, and some others. Just my luck.
— Steve Clemons