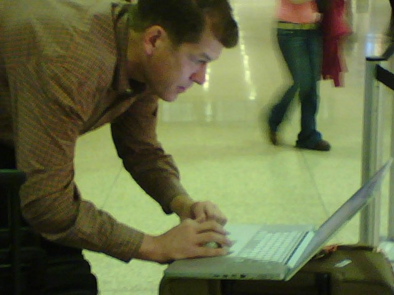 Apologies to some folks in Chicago last time who contacted me about meeting when I was in the city for a few days. I did have two meetings, but I lost email access for a day and a half and was handicapped in getting back to some who wanted to talk. I’ll be in Chicago again before long and will try to reschedule a TWN coffee chat.
But in the spirit of advance planning, which I am trying to do more of, let me share some of the cities I’ll be in through the end of the year. I’m not always in control of my schedule, but I do try to meet people if schedules “easily” mesh. If they don’t, there’s nothing I can do about it.
But I will be in New York on Tuesday and Wednesday this week. I’ll be live-blogging the election results for Huffington Post and The Washington Note. I’ll be doing some video bits here and there during the day and night with some people I run into at the Rainbow Room at Rockefeller Center and other gatherings I’ll be attending.
If you have great “short” clips of your own election parties — no longer than 90 seconds — that are “clean” and “interesting”, send them to me. I’ll consider posting them here at TWN.
On November 10-11, I’ll be in Pittsburgh, Pennsylvania doing a series of talks for the World Affairs Council of Pittsburgh.
November 14-16, I will be in Erfurt, Germany for the German Green Party National Convention as a guest of the Heinrich Boell Foundation.
November 19 takes me to Madrid and then November 20 to Barcelona for programs organized by the London School of Economics. I’ll be doing some meetings with the fascinating IR thinker Michael Cox.
On December 4, I will be in Brussels for a single day. Coffee chat still possible — but it will be “brief.”
December 9-10, I will be participating in a conference in Paris organized by IFRI.
And then finally but still not confirmed, I may be in Havana, Cuba on a research trip from December 15-19, but I need the Department of Treasury to approve the reasons for the trip before departing. Still waiting.
This is a pretty busy season — but I did want to let folks in these various places know that I might be heading your way.
— Steve Clemons

8 comments on “Planning Ahead for the Election and More: TWN on the Road”