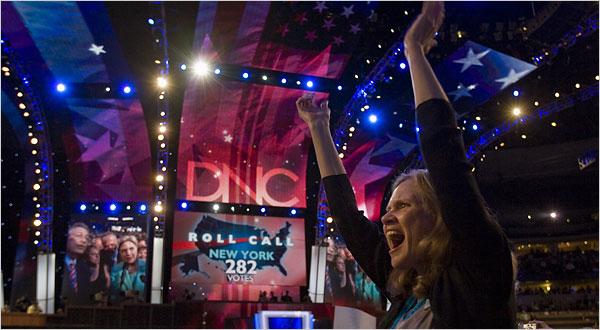 Greetings friends. I have much to report and comment on regarding the spectacular Democratic National Convention in Denver. I couldn’t do the who’s doing what to whom style blogging in Denver; I may do that in Minneapolis/St. Paul — but was way overbooked in the mile high city.
I’m about to board a plane to Boston where I will be attending the annual meeting of the American Political Science Association — and will write some posts and share some colorful vignettes that I write up on the plane.
— Steve Clemons

29 comments on “Off to Boston”