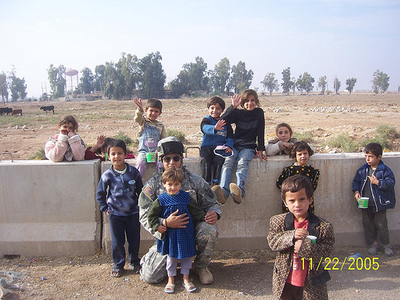 It appears increasingly likely that the Kurdish cause will be the latest American casualty in Iraq.
Kurdistan, an autonomous region in Iraq’s northeast, is governed by the Kurdish Regional Government (KRG). Whether Kurdistan remains viable as an autonomous region depends on whether it can incorporate the oil-rich city of Kirkuk as its capital. The Kurds likely constitute a plurality of the city’s population, but the Arabs and Turkmen each claim the city as their own.
According to Article 140 of the 2005 Constitution, a referendum to decide Kirkuk’s status was supposed to be held by December 31, 2007. That deadline and others have passed because the city’s Arabs and Turkmen have resisted, afraid that a vote would result in a Kurdish victory.
Neither the central government in Baghdad nor the KRG can compromise on Kirkuk. The KRG needs the power base that Kirkuk provides to maintain its autonomy and the government in Baghdad “could [not] give Kirkuk to the Kurds and hope to survive, in view of broad popular opposition in Arab Iraq,” according to the International Crisis Group.
Over the past several months, Prime Minister al-Maliki has sent “support councils” (read: government militias) into Kurdish areas. The councils are clearly meant to challenge the KRGs security forces, known as the peshmerga. Kurdish Prime Minister Nechirvan Barzani has pleaded with the United States to intervene to avoid what could become a civil war.
But despite its earlier support, the U.S. government has made clear that it will not become involved. Back in October, the military commander responsible for Kirkuk and the Kurdish regions, Brig. Gen. Raymond A. Thomas III, told the New York Times that If the Kurdish and Iraqi government forces fight, the American military will “step aside,” rather than “have United States servicemen get killed trying to play peacemaker.”
State Department Spokesman Robert Wood struck the same note earlier this week. He said that Iraqi citizens have to rely on the country’s democratic system to work out their differences, not the United States. “There are ways for people in Iraq to bring the concerns that they have to the levers of power. It’s a democracy, and it’s not really up to the United States to reassure anyone.”
Every occupying force chooses winners and losers on its way out. And while questions remain as to who the “winners” in Iraq will be, it is becoming clear that the Kurds, the world’s largest ethnic group without a state to call their own, will again find themselves among the losers.
–Ben Katcher