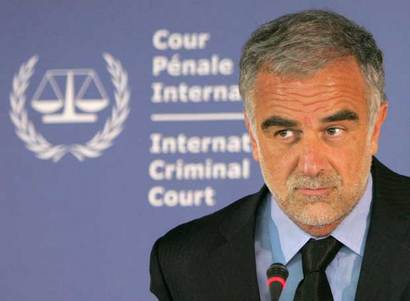 The week shouldn’t go by without some acknowledgement of International Criminal Court Chief Prosecutor Luis Moreno-Ocampo’s decision to seek an arrest warrant for Sudanese President Omar Hassan al-Bashir. Bashir, who stands accused of crimes against humanity and genocide, is the first Head of State to be charged by the ICC.
Objections that this will obstruct Darfur peace negotiations are off base, and this report from the ENOUGH Project outlines the reasons why. While the historical examples that the report cites are only partially relevant to the situation in Darfur, the conclusion is on point: the ICC’s role only increases the international community’s leverage and heightens the pressure on President Bashir to deliver peace.
Perhaps most importantly, the ICC has sent a clear message: not even Heads of State can be assured of impunity when they commit the world’s most heinous crimes. Surely some readers will wish there were such accountability for U.S. officials, but ICC friends and foes alike should note that America’s effective, independent judiciary makes it virtually impossible for an American to be tried at the Court, and that the international community expects accountability for any abuses to come from within the U.S.
In any case, this is a noteworthy event — and one more worthy ICC effort that the U.S. should be aiding and not obstructing.
— Scott Paul

9 comments on “ICC Prosecutor to Seek Arrest Warrant for Bashir”