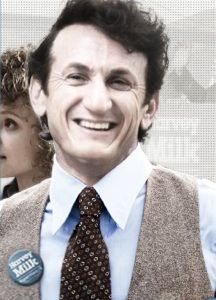 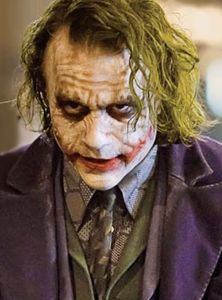 What else can be said about Sean Penn other than that he is an unbelievably extraordinarily gifted actor with a sense of self and social conscience matched by very few in Hollywood.
I was totally captivated by his ability to channel Harvey Milk, the first openly gay politician elected to major political office in the United States, and to to just become him on the screen. The themes of Gus van Sant’s brilliant film titled Milk are rolling around in my head, stuck there — clearly, loudly relevant today.
San Francisco Supervisor Harvey Milk and his political network helped definitively beat a social conservative-designed anti-gay referendum in California known as Proposition 6. Had Harvey Milk been alive today, I don’t think we would have seen California give its nod to the discriminatory referendum, Proposition 8, that targets and bans same sex marriages.
My hunch is that either Sean Penn will now get the best actor Oscar at the Academy Awards — and/or the film Milk will win. Hollywood should have done more to stop Proposition 8. I should have. We all should have — but Hollywood and the performance community in my view probably feels some guilt for not having united in a more powerful force to stop the anti-gay machinery that the referendum proponents were able to put together.
So, Milk will win something big — and should.
But on the darker side of performances, I have seen no actors reach the depths (or heights?) that Heath Ledger did as Joker in The Dark Knight.
Spencer Ackerman in an insightful review depicted the battle in this latest and darkest Batman to be one between Dick “willing to do anything to win” Cheney as Batman and a criminal in the form of the Joker who wants to kill and destroy just because he can. The Joker, according to Ackerman, was a metaphor for al Qaeda.
Whatever was animating Heath Ledger in his art, however — his performance convinced me of an innovative, brilliant evil that also rattles around in my thoughts a lot.
Can both Sean Penn and Heath Ledger win?
Can we have one Oscar for the Dark Side? and one for the, well, Good Side?
— Steve Clemons

8 comments on “Harvey & the Joker: Can There Be a Tie at the Oscars?”