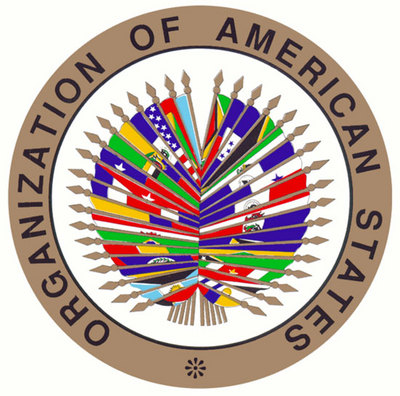 (Patrick Doherty directs the New America Foundation/U.S.-Cuba 21st Centry Policy Initiative.)
With the Organization of American States diplomatic maneuvering around the exclusion of Cuba hitting the Washington Post today, it seems like a good time to cut through all the inside baseball and get right to the real important message:
Latin America has made Cuba its cause celebre, and the analogy is to Palestine.
In other words, if the United States wants to do business with the region and to lead the region, it is time for the Obama administration to deliver change they can believe in and the threshold is set high: ending the embargo on Cuba.
The Palestine analogy is early, but we have three very good data points on which to base it. First, in December 2008 at a meeting of the Rio Group of Latin American heads of state, one of the only issues the summit was able to agree on was that the incoming Obama administration needs to end its embargo of Cuba.
Second, in Trinidad at the Summit of the Americas, while Cuba was not on the formal agenda, Cuba was the major topic of conversation both at the summit and in the media. As my colleauge Phil Peters points out, Trinidad was really a Cuba summit.
The third data point is this diplomatic full court press in the run up to the Honduras Ministerial of the Organization of American States, in which multiple sub-groupings of states have submitted a variety of proposals for repealing the act which expelled Cuba from the organization in 1962.
All three point to one clear message: the price of a new relationship with Latin America is ending the dysfunctional legacy of our old ones, in particular, the indiscriminate and disproportionate economic embargo the United States maintains on Cuba. That’s pretty close to the formula that the Arab world has used for at least two decades with Palestine: don’t think we are going to help you move your regional agenda forward until you help us out on getting a Palestinian peace deal done.
The test, of course, will be whether the individual nations of the Hemisphere decide to subordinate their bi-lateral relationships with the United States to this agenda. Again, my sense is that this will look like the Palestinian issue in the Arab world: relationships will remain multi-dimensional but in the aggregate, to the extent the Cuba issue remains an open sore, U.S. interests in the region will suffer from excessive friction and, in some cases, outright resistance.
We need to be clear, however, that this sentiment is not something led by Hugo Chavez, though he and his Bolivarian Alternative for Latin America group of nations are certainly enjoying this drama and stand to benefit from any outcome that further isolates the United States from the other countries of the Hemisphere. Rather, this is something larger, hemispheric, about righting the relationship between the United States and our near abroad and in so doing, closing the chapter on coercive American intervention in Latin America for good.
But one must be realistic and ask whether this diplomatic theater will even register on Mr. Obama’s radar screen. Given his plate of global issues, Afghanistan, Pakistan, Iran, Iraq, the financial crisis and climate change and his incremental, issue-by-issue approach to them, right now the answer is probably not. It has registered on the Secretary of State’s radar but that is not good enough to get a resolution. Mrs. Clinton can only manage a bad hand without a strategic decision from her boss. And if this sore is left to fester for too long, when the Obama administration does turn to Latin America it may find out that we have no OAS, we have no trust, and that China, Europe and other powers have left little space for the U.S. to pursue even our shared interests.
— Patrick Doherty