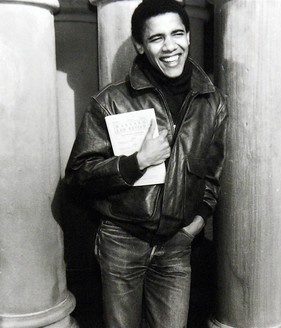 Monica Baer is a research intern with the New America Foundation’s American Strategy Program.
President Obama is one small step closer to his vision of a nuclear-free world. On July 6, he and Russian President Dmitry Medvedev signed the Joint Understanding for the START Follow-on Treaty in Moscow. The agreement is the first move towards creating a new treaty that will replace the 1991 START I treaty when it expires in December.
President Obama has long expressed his hopes for arms control and nonproliferation, promising a new direction in nuclear policy and the eventual elimination of nuclear weapons worldwide. President Obama’s remarks this April during his speech in Prague were a further indication of his wish to make the U.S. a leader in the movement towards disarmament. At one point, in an effort to enthuse the gathered crowd, he uttered the slogan that became legendary during his presidential campaign, “Yes, we can.”
William Broad and David Sanger’s important piece on July 4, 2009 illustrate just how far back President Obama’s passion for disarmament goes. And on Monday, twenty-six years after he first spoke of a “nuclear free world,” President Obama signed an agreement that may pave the way for global nuclear disarmament.
Although the White House has yet to release the complete text of the Joint Understanding, the Kremlin has the Russian text of the agreement online. Jeffrey Lewis, the publisher of the blog ArmsControlWonk, has posted his views on the START Follow-on as well as an English translation of the accord.
The Joint Understanding commits the United States and Russia to reducing their strategic warheads to 1,500-1,675 and their delivery systems to 500-1,100. Lewis notes that a reduction to 1,500-1,675 warheads, a range not much lower than that of George Bush’s 2002 Moscow Treaty, is a sign that the Obama Administration is waiting for the release of the Nuclear Posture Review before making any deep cuts in its nuclear arsenal.
The large range between 500-1,100 delivery systems is another sign of incomplete negotiations. Yet, as Lewis sensibly argues, the Joint Understanding is not meant to be a deep cuts treaty, but a means of creating a legal framework that will effectively place verifiable measures on U.S. and Russian stockpiles.
The world is still many hurdles away from ridding itself of its nuclear arsenal, but this week’s events show we are finally headed in the right direction.
— Monica Baer

Guest Post by Jon Weinberg: A Decade Makes a Difference
Guest Post from Jonathan Wallace: Obama in Ghana, in Praise of African Democracy

10 comments on “Guest Post by Monica Baer: Baby Steps Towards a Nuclear-Free World”