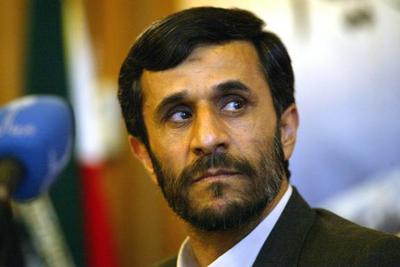 Jon Weinberg is a research intern at the New America Foundation/Middle East Task Force.
Over the past week and a half, Iranian President Mahmoud Ahmadinejad has lost over half his cabinet (twelve out of twenty-one original appointees) as well as the support of many of his conservative allies, most notably the Islamic Republic’s Supreme Leader, Ayatollah Ali Khamenei.
Ahmadinejad’s recent difficulties began after a rare letter of condemnation from the Supreme Leader was read on national television and forced Esfandiar Rahim Mashaie – Ahmadinejad’s nominee for vice president – to resign.
Mashaie’s resignation appears to reflect a rift within Iran’s conservative leadership. Ayatollah Ahmad Khatami (not to be confused with former reformist president Mohammad Khatami), was outraged by the appointment, saying it “will test Ahmadinejad’s loyalty to the supreme leader.” Meanwhile, ABC News notes that the president received a letter from 200 members of Iran’s majlis (parliament), more than two-thirds of the body, asking that he “correct his behavior [and] follow the leader’s opinion seriously.”
Almost immediately after Mashaie’s resignation, the president renamed him chief of staff – a bold move considering that the backlash against Mashaie’s appointment had less to do with his position than his character.
Since then, Ahmadinejad’s cabinet has begun to fall apart. On Sunday, Ahmadinejad dismissed his Intelligence Minister, Gholam-Hossein Mohseni-Ejeie. BBC’s Jon Leyne claims that Ejeie was sacked after “what sounds like a heated argument in a cabinet meeting over Mr Mashaie’s appointment.” According to Reuters, Ejeie raised questions about Ahmadinejad’s and Mashaie’s allegiance to the supreme leader.
Robert Baer and Omid Memarian suggest that as Intelligence Minister, “Ejeie customarily reported directly to the Supreme Leader, Ayatullah Ali Khamenei, rather than to the President,” suggesting Ejeie was dismissed as a consequence of his closeness with Khamenei.
Meanwhile, Ahmadinejad’s minister of culture, Mohammad Hossein Saffar-Harandi, also resigned on Sunday. Iran’s semi-official Fars News Agency reports that Harandi’s resignation brought the number of changes in the president’s cabinet to more than fifty percent of its original members which, according to article 136 of Iran’s Constitution, requires the government “to seek a fresh vote of confidence from the parliament.”
While it is unlikely that Ahmadinejad will be removed from office, he appears to have lost a tremendous amount of credibility among the Iranian elite.
— Jon Weinberg