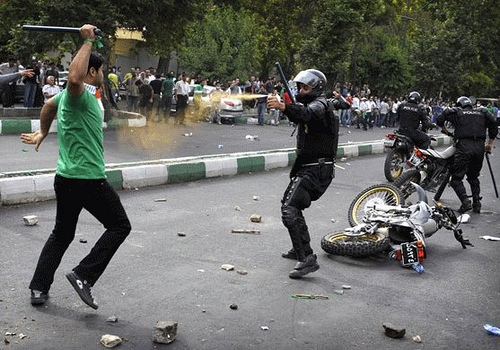 An anonymous student in Tehran who has been writing and speaking in the media under the name, “Shane M.” has just sent in some more dispatches.
Dispatches from Iran — sent 7:15 am, 22 June 2009